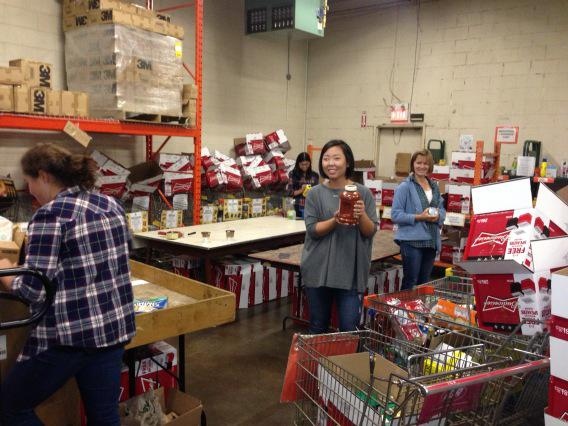 TORONTO -- Ontario food banks say they are seeing an increase in clients unable to afford the rising cost of hydro bills, which is having a "devastating impact" on the lives of low-income Ontarians.

The association representing Ontario's food banks, which serve 335,000 adults and children each month, is calling on the Liberal government to boost hydro assistance, particularly for the most impoverished families.

"The help that currently exists from the provincial government is not comprehensive or inclusive enough for the majority of Ontario families struggling to make ends meet," the Ontario Association of Food Banks said in a report released Monday.

"The rising cost of hydro is of incredible concern to the OAFB. It is making a direct and, sometimes, devastating impact in the lives of Ontarians who are already struggling to make ends meet, as well as negatively impacting the organizations and programs that are working hard to assist them."

Anecdotally, the food banks association said it has seen more clients over the past year who are struggling with their hydro bills.

Sherry-Selena Hucul, a single mother of four, has been dependent on a food bank and works part-time at one. She both hears from food bank clients and deals with her own struggles with hydro bills.

"Hydro is a dirty word now," she said. "Even if you get it paid off, within a very short amount of time you end up owing more because the rates go up. So people are really, really frustrated."

Hucul's monthly bill is $309, even though she doesn't heat with hydro, doesn't have a dishwasher, dries clothes by her wood stove and doesn't leave lights on outside. Eight years ago her bill was $80.

She qualifies for the Ontario Electricity Support Program, but has been waiting months to get her credit approved. In a household of five, the maximum credit available under that program is $42 a month, though Hucul qualifies for additional help because her son uses an electronic medical device.

"It definitely would help a bit because it would be an extra $50 off, but then they're still going to raise the rates in a few months," she said.

The food bank association urged the government to expand both the OESP and the Low-Income Energy Assistance Program, which provides a one-time emergency payment of up to $500 for people behind on their bill.

Those requirements are "too stringent" and the help given is a "drop in the bucket," said executive director Carolyn Stewart.

"When you're a single person on Ontario Works making $706 a month and you're getting a $500 hydro bill, you're having to make those impossible choices between keeping a roof over your head and paying your hydro bill."

Premier Kathleen Wynne said in a recent speech -- in which she called high hydro prices her "mistake" -- that more relief is on the way, in addition to an eight-per-cent rebate set to kick in Jan. 1. What form that will take, the government doesn't yet know. But Energy Minister Glenn Thibeault said he hasn't yet ruled anything out, including expanding the OESP.

"We've been working with as many stakeholders and industries as best we can to ensure that people know about this program, so if there's something we can do there to expand it, to look at increasing the qualifications, that would be on the table," Thibeault said.