'Flag Lady' of Sarnia honoured by the navy 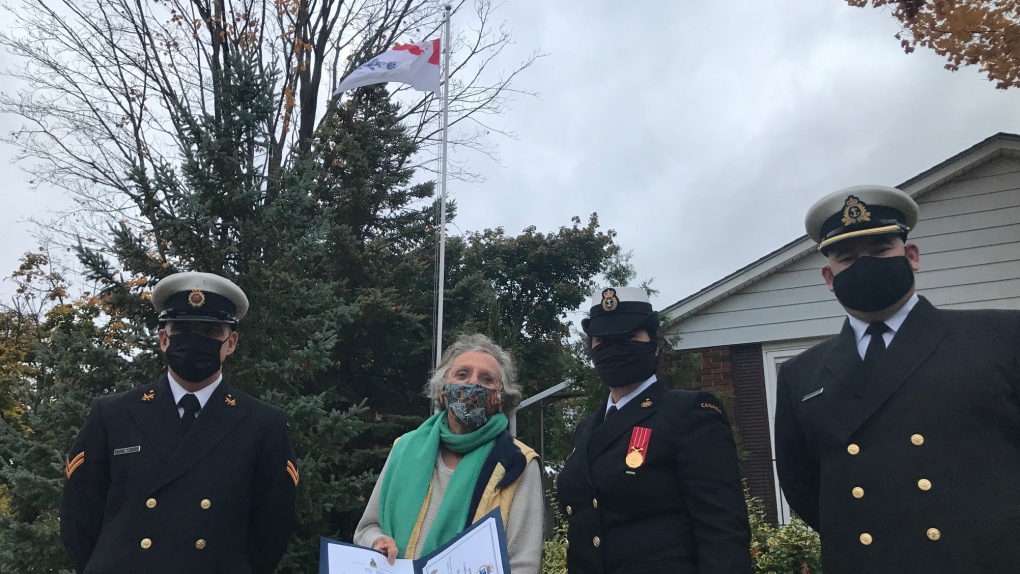 SARNIA, ONT. -- The ‘Flag Lady of Sarnia’ had quite a wake-up call Wednesday morning.

The special tribute was made possible through direct approval of the R.C.N. Admiralty through Commodore Jamie Clark, a native of Sarnia.

At dawn, a naval piper signified colours and the ensign was raised.

It’s far from the first flag to be hoisted at de Vries' home, but it is the most celebrated, and most well-attended, she tells CTV News.

de Vries says she began raising flags to honour her late husband, who for many years collected and began flying different markers in front of their home.

“I think 50. There are flags that are not from a country but occasion flags, and ones like the Sarnia one, the flags of the (Indigenous) people.”

Chief Petty Officer 2nd Class Amy Rooney  says it was an honour to raise the ensign and present de Vries with a certificate from the R.C.N.

Rooney says the flag raising coincides with a significant milestone for the navy.

“It is the 110th anniversary of the Royal Canadian Navy receiving their first warship in Halifax. And that occurred on the 21st of October, 1910.”

The R.C.N. ensign will be lowered at sunset Friday.