Five things to know about the H5 virus, also known as bird flu 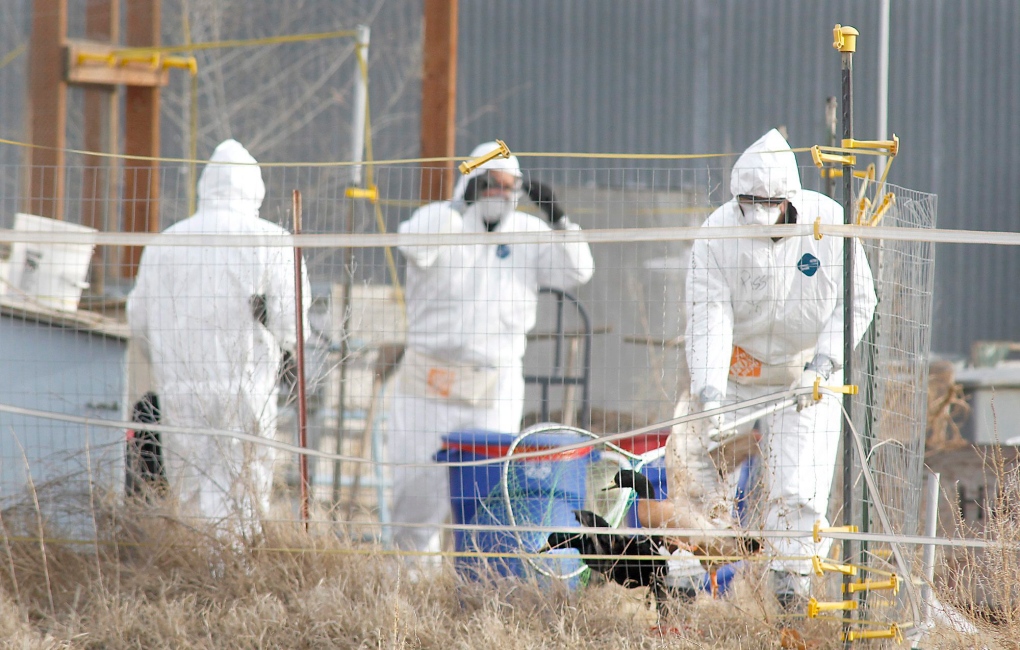 The Canadian Food Inspection Agency has placed two southern Ontario farms under quarantine after identifying H5 virus, also known as bird flu, on the premises. The agency is conducting further tests to identify exactly which strain is present. Here are five key things to know about bird flu and its various forms:

What is bird flu?

It's a broad category of illnesses that all originate with the Type A Influenza Virus and can infect birds including chickens, ducks, geese and turkeys. All versions of the flu contain two types of protein -- hemagglutinin, or "H" protein, and neuraminidase, or "N" protein. Since there are 16 H types and nine N types, 144 distinct variations of bird flu are possible. The vast majority of these are classified as low pathogenic, meaning they have little to no impact on infected birds. High-pathogenic flu viruses can be fatal to fowl.

Are people at risk?

Yes, in rare cases. H5 and H7 types of bird flu are the ones most likely to mutate and become serious enough to be infectious to humans. Historically, people have been at risk primarily if they were in close contact with infected birds. Earlier this year, however, the World Health Organization noted that there had been a serge in human infections caused by bird flu, primarily in Egypt. The WHO described the spike as "concerning" and is monitoring the situation.

What was the worst Canadian bird flu outbreak?

It took place in 2004 when a high-path strain of H7N3 spread to 42 commercial farms and 11 backyard coups in British Columbia's Fraser Valley. In response, the federal government ordered the slaughter of 17 million chickens, turkeys and other domestic birds.

Is there an active bird flu pandemic right now?

No, but 2015 has been an active year for diagnoses of the H5N2 strain. A total of 11 farms in B.C. reported cases of the virus starting late last year. The CFIA says the outbreak has been contained, but more than two dozen countries imposed trade restrictions on B.C. poultry as a result. In the United States, H5N2 outbreaks among turkeys from Minnesota and South Dakota have led to the slaughter of more than 300,000 birds.

Should I stop eating chicken, turkey and other poultry?

It's not necessary. The Canadian Food Inspection Agency says bird flu does not pose a risk to consumers if poultry meat is properly handled and cooked.