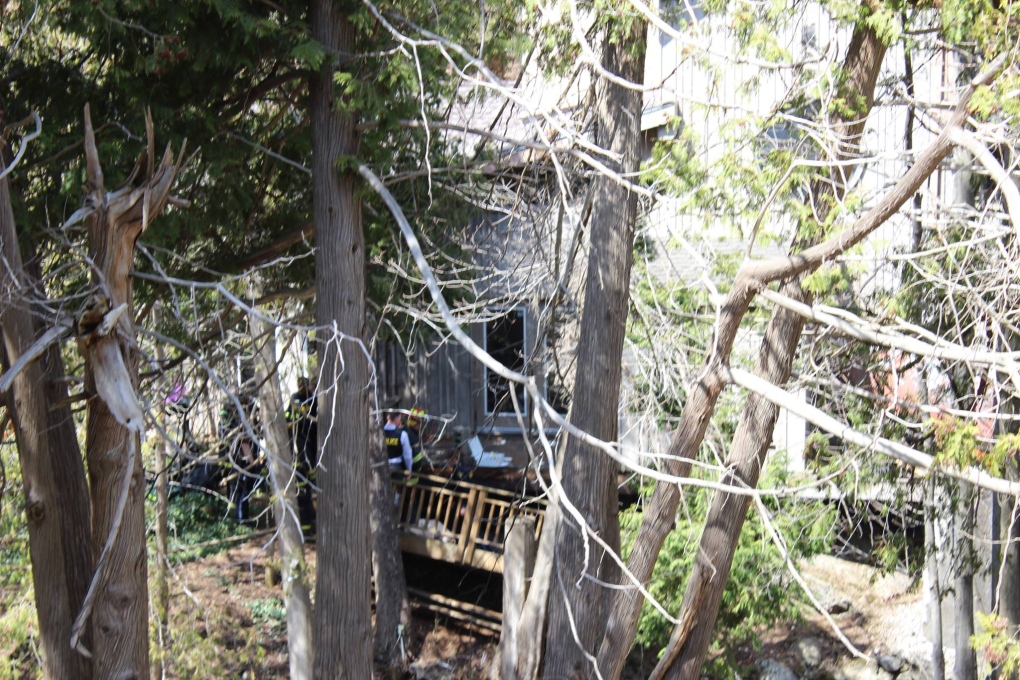 The deck that collapsed at the Benmiller Inn & Spa near Goderich, Ont. is seen on Sunday, April 20, 2014. (Courtesy Donald Jeffrey)

Around 1 p.m. Emergency crews were called to the Benmiller Inn & Spa.

A group of 16 patrons were on a wooden deck to a take a family photo.

As the group was posing for photos the north end of the deck collapsed causing some of the family members to fall approximately 10 feet to the ground below.

Five people were taken to hospital for treatment.

Huron OPP say the injuries are all considered minor in nature.

The Ontario Ministry of Labour will be attending the scene to continue the investigation.