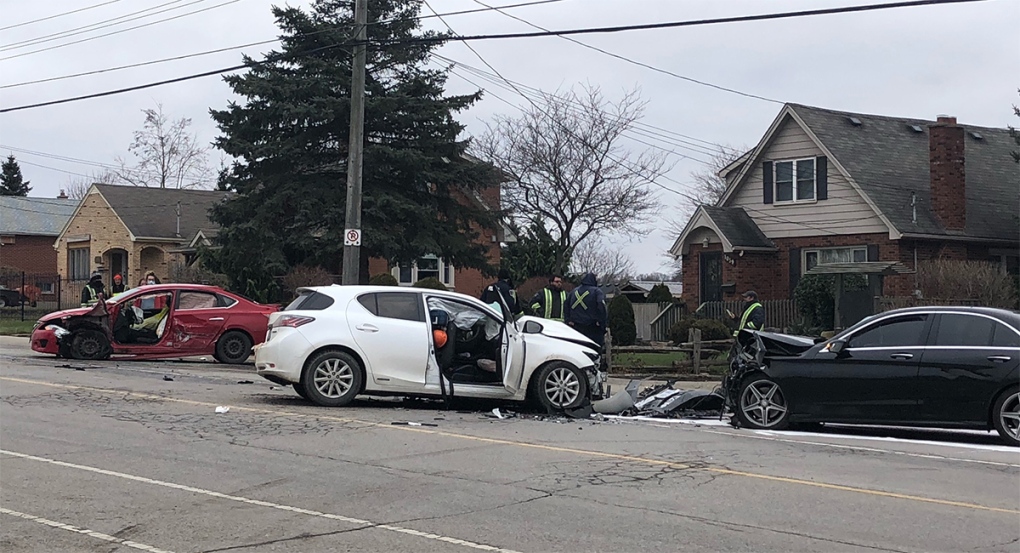 London police, fire and paramedics responded to the scene in front of the Bob Hayward YMCA shortly after 1 p.m.

Firefighters had to extricate a number of those involved from their vehicles.

Hamilton Road was closed from Gore Road to Meadowlily Road while crews worked at the scene.

An investigation into the cause of the crash is ongoing.