LONDON, ONT -- What could be an example of the future of development along London’s Bus Rapid Transit lines has been unveiled by a developer.

A largely residential complex comprising of five apartment towers and over 1200 units is planned for Wellington Road, across from White Oaks Mall.

At present, a series of buildings, mixed between retail and office units, sit on north-west corner of Wellington and Bradley.

But, if a development proposal is successful all with the exception of the LCBO, will soon be removed to be replaced with residential towers, reaching as high as 22-storeys.

London city councillor Elisabeth Peloza says replacing the half empty plaza with much needed housing is a positive for the area.

“This is exactly the type of development that we’d want to see from the community. Building up versus out, stopping some of the urban sprawl that we are seeing”

This site, several employees and a leaseholder tell CTV News, is currently operated by Drewlo Holdings, while the developer is listed as Century Centre Developments. 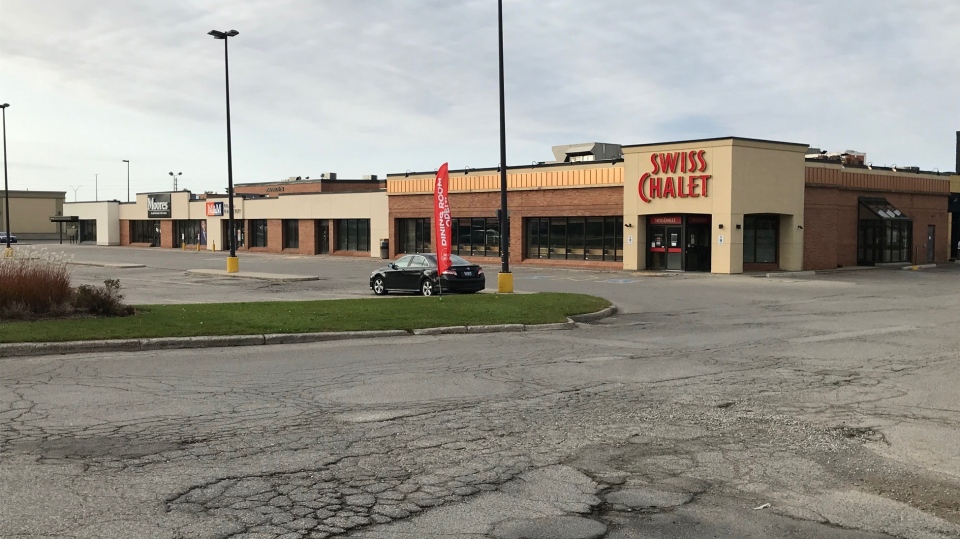 Drewlo Holdings confirms they are the developer in partnership with Auburn developments.

Drewlo land planner, Carrie O’Brien, says location and the city’s need for housing are the primary reasons for the proposal.

But, O’Brien adds BRT did ‘indirectly’ relate into the the decision.

It came as the road was flagged for one of the city’s first BRT lines.

Peloza says mass residential projects along BRT lines, was part of the goal of the London plan.

“I did campaign on pro BRT, having the long-term version of this is the Wellington gateway. You would not even need a car. The mall’s right there. Fanshawe College has their south campus, right across the street.”

While the addition of the building sits well with some politicians, and many involved with White Oaks mall, some neighbours are not pleased.

Louis and Carmen Ashford’s condo looks out on the present buildings. Louis says couple is worried their window will soon face concrete. They’re also concerned about traffic on Montgomery Road.

“I’m not happy with it; hopefully they don’t go for it. Because it’s too much traffic on this road”

Councillor Peloza says she’ll ask for additional sidewalks to be added to ensure better pedestrian safety around the entire complex.

The proposal has yet to hit the planning committee, however, city hall has sent letters to area residents, asking for their feedback on the project.