First day of third lockdown is deja vu for some shoppers

LONDON, ONT. -- It’s day one of lockdown number three for Ontario shoppers, and for many this is old hat.

At the east London Walmart on Thursday the parking lot was calm and there appeared to be no mad rush for highly coveted stockpile items like toilet paper.

Instead, shoppers went about their business like they always do.

College roommates Cameron North and Jared Eaton could be found loading up on the essentials like frozen pizzas and snacks.

“We got everything we need. Didn’t really find a problem with it. Not much has changed in my eyes,” said North.

“The biggest thing that stood out though was the amount of self-serve customers,” added Eaton. “The line was extraordinary long in that line compared to going to get checked out by customer service.”

Under the rules of the four-week lockdown, big box stores are allowed to open but with capacity limits. Only certain products like grocery, pharmacy and gardening materials are available for in-store purchase.

For shopper Natalia Barry it was it was anything but business as usual. She said navigating the store took some getting used to.

“It was a little strange. Because everything is basically blocked, all the aisles are blocked. So usually I spend an hour there, but this time I spent like half the time.” 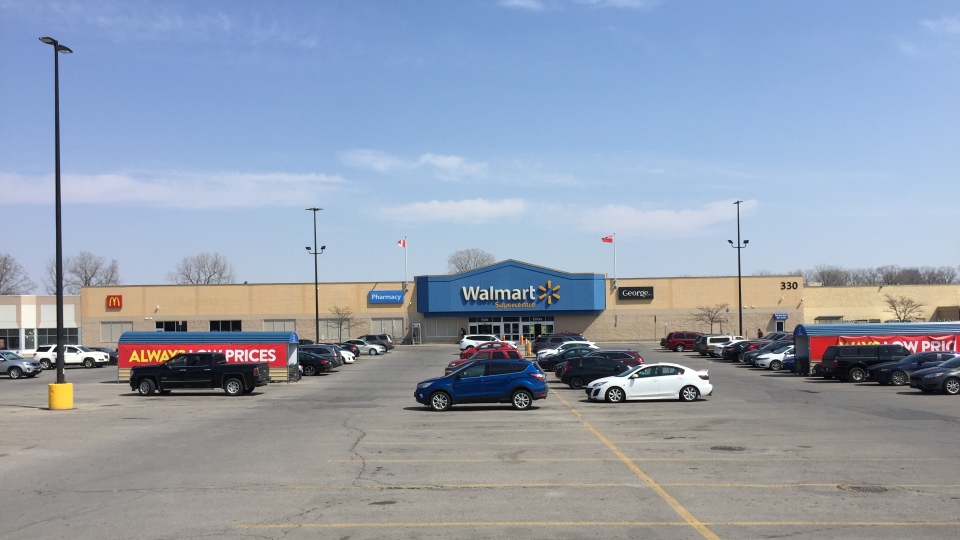 Small businesses, meanwhile, can be open for curbside pickup or delivery only.

“The same kind of changes we did the last two times. You know, people can pay at the door. Instead of people shopping for themselves, we get to shop for them.”

And if you’d like to shop at a nursery or garden centre for your spring planting needs, you’re allowed to go inside, but capacity is reduced to 25 per cent.

At Baseline Nurseries and Garden Centre on Elviage Drive signs reminding customers of COVID-19 protocols were posted all over the property, but Manager Cindy Buelow says customers are already well-schooled.

“This round of shutdown, it’s been quite significantly different from last time. So people are much more accustomed to wearing a mask, they’re used to seeing each other in masks and speaking through a mask. So it makes a huge difference for us.”

Restaurants are closed for both inside and outside dining. 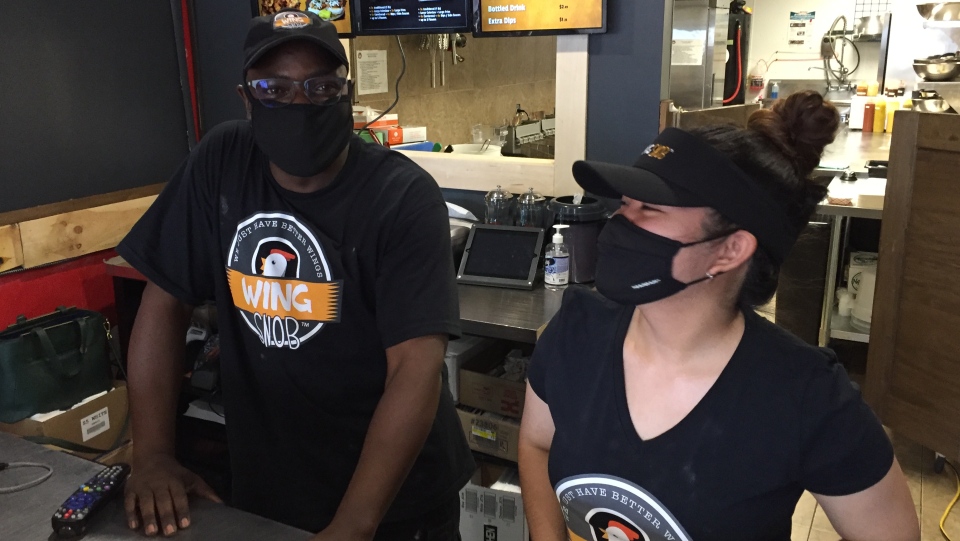 Restaurateur Donovan Johnson, who just opened a new Wing Snob outlet at Huron and Highbury in February, said they’re doing the best they can to make their wings fly out the door.

“With a small pickup restaurant there is an advantage there over the large restaurants that require the seating and the inflow. It is very thin and difficult but it is enough to keep the lights on as long as the community keeps supporting and coming in.”