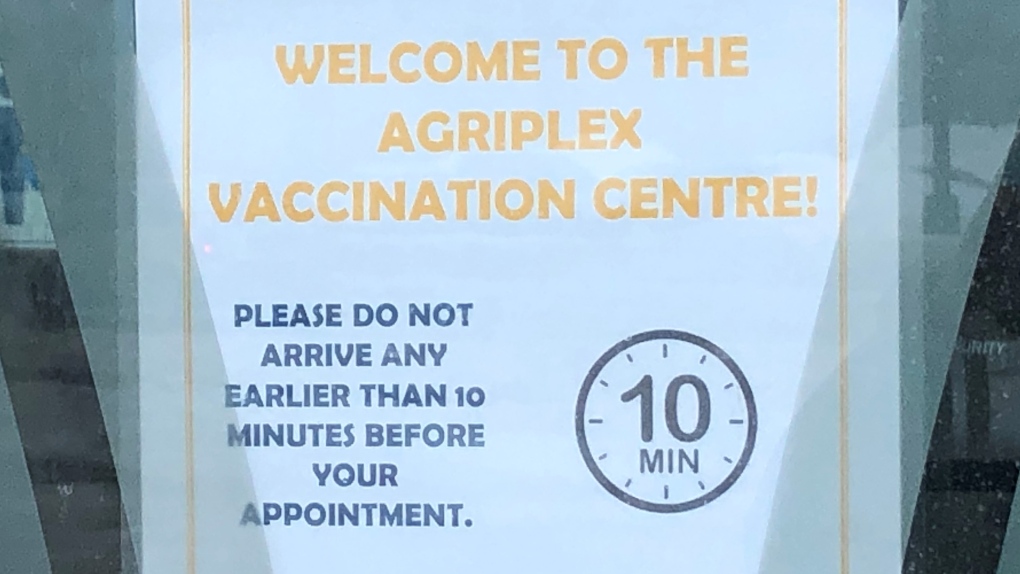 MIDDLESEX CENTRE, ONT. -- The Middlesex-London Health Unit (MLHU) is reporting the first death in the region since Feb. 13, and 25 new cases Wednesday amid an outbreak at Western University.

Middlesex-London now has a total of 6,219 cases and 184 deaths. Details regarding the death were not immediately available due to reporting issues.

An outage of the province-wide reporting software also means no update on resolved or active cases was available Wednesday, but as of Tuesday there were 5,913 resolved and 98 active cases in Middlesex-London.

Vaccination bookings for those over the age 80 in Middlesex-London were again snapped up quickly Wednesday morning.

Appointments for March 17 were available starting at 7 a.m. and the MLHU tweeted that all spots were filled shortly after 10 a.m.

Thank you for your patience. We are grateful for the overwhelming response and apologize to those who have not yet been able to make an appointment.#LdnOnt #Middlesex 2/2

Those over 80 living in Huron-Perth can also now start booking vaccine appointments by visiting the public health website or calling 1-833-753-2098. Phone lines will be open 9 a.m. to 4 p.m. but booking online is recommended.

Meanwhile a new outbreak was declared at the Essex Hall residence at Western University after seven students tested positive.

The province-wide data outage also appears to have impacted reporting from some other local public health organizations. Here are the most recently available numbers:

Hillside School and Head Start Day Care on the reserve have been closed since March 1 after reports up to half of the student population may have been in contact with a case or with someone who was in contact.

Chief Jason Henry said in a video posted to Facebook that the 14-day closure is a proactive measure to try to stop any potential spread.

He is asking anyone with even mild symptoms to get tested and anyone with close contacts to self-isolate. Vaccinations on the reserve are expected to begin the week of March 8.

A single case was reported Wednesday at Bonaventure Public School in London.

Second doses of COVID-19 vaccines can be given up to 4 months after first, NACI now says

'When will it end?': How a changing virus is reshaping scientists' views on COVID-19

Can a COVID-19 vaccine's second dose be delayed for weeks? What the science says

'Better than we expected': One traveller recounts positive experience at a quarantine hotel

Can we hug our vaccinated grandparents? Experts say it depends

How to help children get enough sleep, especially during the COVID-19 pandemic