While the city of London gets set for a major fireworks display at Harris Park this Friday, it’s a day some in the community dread.

Kings University College and Fanshawe College student Becca Amendola has made repeated calls for a ban on fireworks. So far, she said her pleas to the city have been ignored.

Amendola, who has studied environmental geoscience and social work, said she has researched the effects of fireworks and believes they cause more harm than good

Emma Carrasco, who manages the Kaboom fireworks trailer at Masonville, said she agrees fireworks can be harmful to the environment. She doesn’t, however, believe there should be an outright ban. 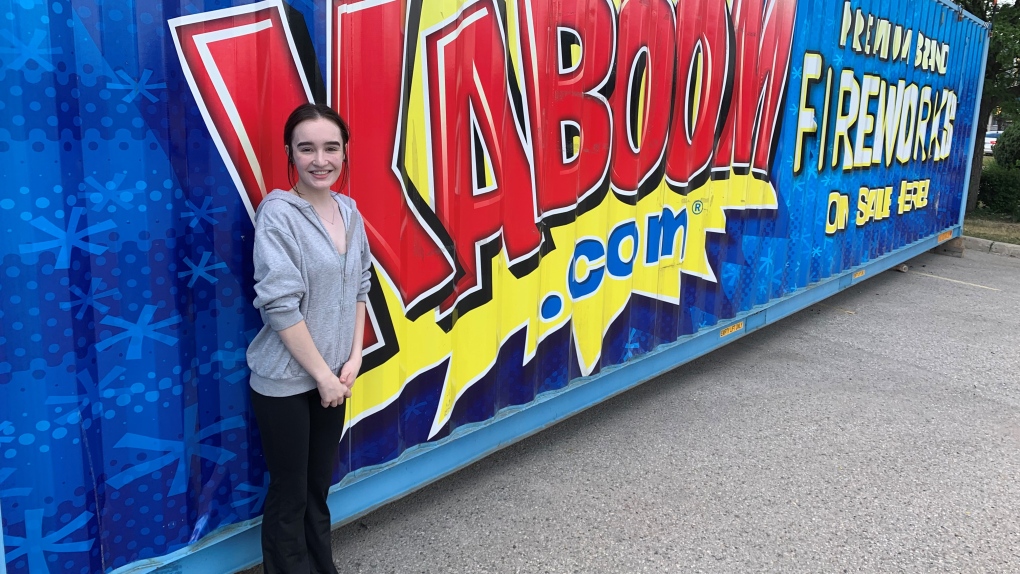 Emma Carrasco manages the Kaboom fireworks trailer at Masonville, June 27, 2022. (Bryan Bicknell/CTV News London)
“A lot of people find enjoyment in them and they use them to celebrate holidays,” she said. “So I think for this reason they should be definitely more heavily regulated, but not entirely banned.”

London is scheduled to present Canada Day fireworks on Friday at 10 p.m.

The city says it will begin gathering community input online regarding the fireworks bylaw as early as this week. There are plans to update the fireworks bylaw next year. As for this holiday weekend, people should expect enhanced education and enforcement around setting off fireworks.