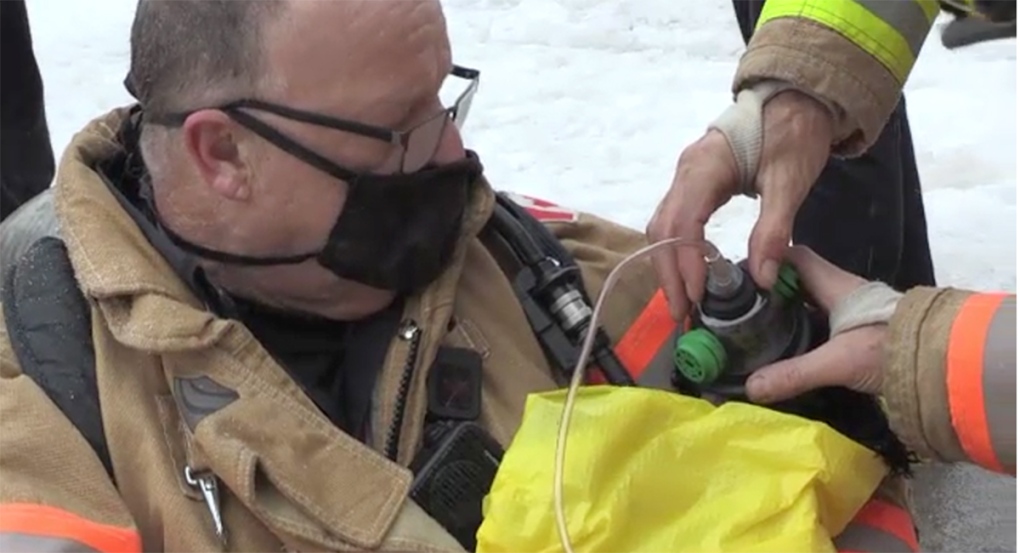 Firefighters help resuscitate a dog with oxygen after a fire in London, Ont. on Tuesday, Dec. 1, 2020. (Jim Knight / CTV News)

After some CPR and oxygen the small dog was able to pull through.

It had been overcome by smoke in a south London townhouse unit.

Crews responded to a fire in the basement of a unit at 166 Southdale Rd. W. at around 3 p.m.

One person who lives in the unit was also checked over by paramedics for smoke inhalation before being taken to hospital.

The cause of the fire isn't know, but firefighters say smoke filled the entire unit.

Incident update 2: fire under control at this time. Firefighters have resuscitated the dog and he is expected to survive. One male transported to hospital by @MLPS911 Fire Investigator has been requested. Ventilation & overhaul underway. #ldnont @lpsmediaoffice pic.twitter.com/pe1yyKtLK1