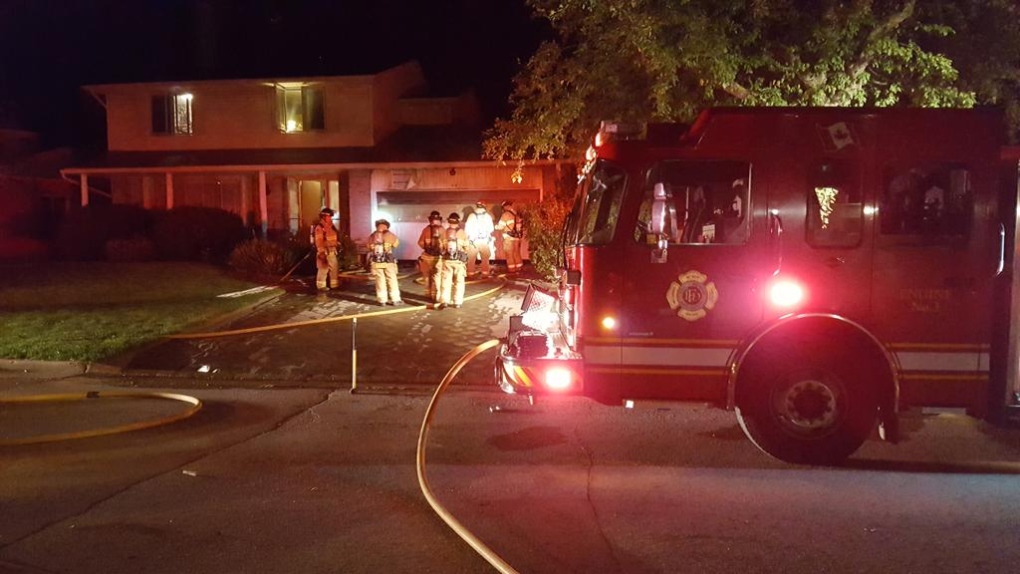 A 9-1-1 call from a neighbour and quick action from firefighters meant that damage was minimized following an early morning garage fire in west London.

Around 5:15 a.m. fire crews were called to a home on Fox Mill Court near Viscount Road and Wonderland Road after a nieghbour reported seeing a fire in the garage.

A full damage estimate has not been released and the cause of the fire is under investigation.