LISTOWEL, ONT. -- Fire crews in Listowel had more to deal with than just a fire after two firefighters were assaulted while responding to a million dollar blaze.

One modular home was destroyed, and two more were severely damaged, and will have to be levelled, following a fire at a Listowel retirement community.

The fire started around 8:30 Monday evening at The Village at Listowel modular home park, just east of Listowel.

Upon arrival firefighters were met by a 50-year-old man, who allegedly assaulted them.

"There wasn't a pleasant greeting for our fighters," said assistant Fire Chief Jason Benn.  "Two of our firefighters did receive a minor assault from one individual. However, that was dealt with quickly and we attended to the fire as quickly as possible."

The man has since been charged with assault.

Fire officials say the owner of the modular home that the blaze started in was home at the time and was taken to hospital for assessment.

Officials say his injuries were minor. No firefighters were injured, but several dealt with exhaustion, after battling the blaze for several hours overnight. 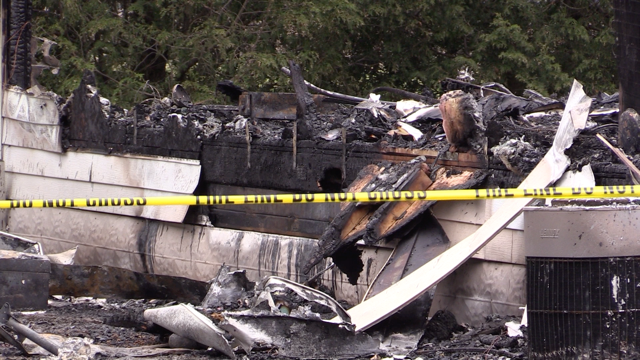 North Perth fire crews did their best to contain the blaze to the one modular home, but it quickly spread to two neighbouring units, which are still standing, but have extensive damage and will have to be torn down.

North Perth Assistant Fire Chief Jason Benn says they’ve called Ontario’s Fire Marshal’s Office to investigate the cause of the blaze, but due to the extensive damage, the cause will go down as “undetermined.”

"Due to the nature and style of these buildings, and with the extensive damage we have here, it's hard to pinpoint an exact cause. So it's basically undetermined at this time," said Benn.