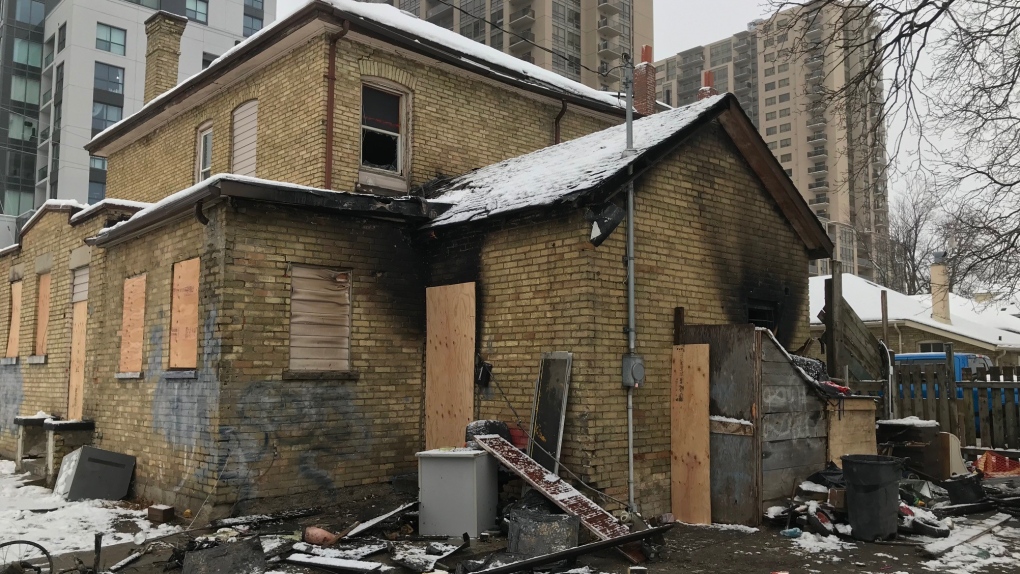 Five were injured in a fire at a home at the corner of Lyle and King Street. (Sean Irvine / CTV London)

LONDON, ONT -- Four people suffered smoke inhalation and one woman was taken to hospital following a fire at a home at the corner of Lyle and King Streets Sunday evening.

Fire officials tell CTV News that the fire began in a single storey portion of the home in which four people were living.

Those four people were treated for smoke inhalation and a woman who was living on the second floor of the home was taken to hospital.

The nature of her injuries was not known however she has since been released from hospital.

According to London police that fire has been deemed not suspicious, however an official cause has not been released. 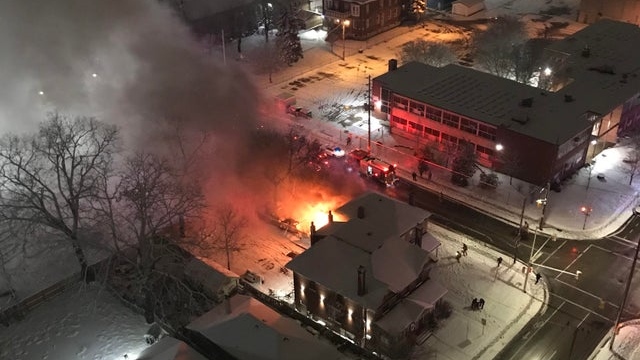 There were also roughly 20 cats at the home at the time of the fire that have all been turned over to animal control.

There have been no reports of any animals perishing in the fire.