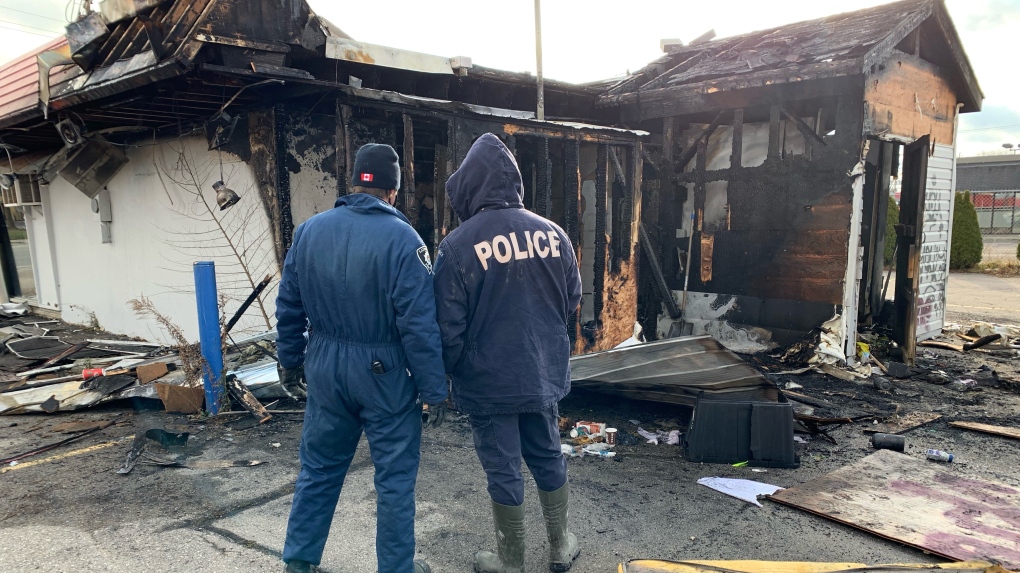 The Investigation continued Saturday, hours after a once-popular ice cream destination in London went up in flames on Friday night.

London police and fire investigators were on scene Saturday at the former Dairy Queen on Wharncliffe Road, just north of Baseline Road.

The building, which hasn't been open for a few years, had flames shooting out of the roof before firefighters were able to extinguish the blaze.

At the scene, Fire Inspector Chris Rennie told CTV News London that there is evidence that squatters have been inside the vacant building.

"In a lot of vacant buildings we do tend to come across people that are living in there. By opportunity they need a place to stay,” said Rennie. “I remember going there as a kid. I have no idea how long Dairy Queen has been there but it's been there as long as I can remember.

Officials were trying to determine the cause of the blaze, which started around 9 p.m. Friday.