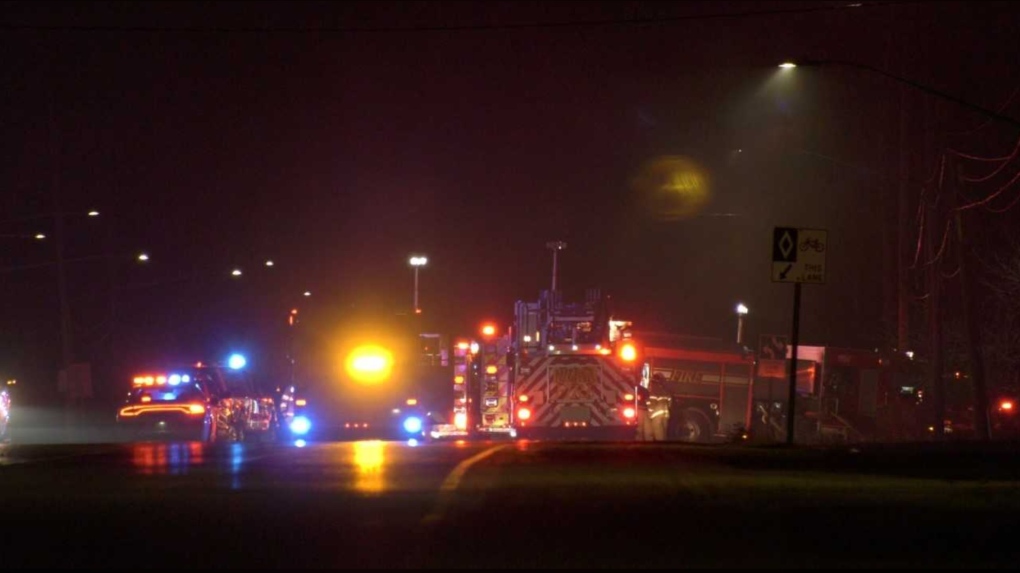 London police have deemed a large fire that broke out at an abandoned building suspicious.

On Saturday, police said they responded to a fully engulfed abandoned building on White Oak and Bateman Trail shortly after 5 p.m.

Firefighters arrived shortly after and were able to contain the building, said Courtney Lafleur, media officer for London Police.

Smoke from the building spread down a large stretch of White Oak Rd. in the evening.

Police had closed off parts of the area for public safety.

There are no reported injuries at this time, according to police.

The cause of the fire is still under investigation.

Update 1 - Crews still working on controlling this stubborn fire, crews are rehabilitating and rotating on attack lines from the exterior. No injuries reported. pic.twitter.com/3nBkQwTNTk