LONDON, ONT -- A home in the Oakcrossing neighbourhood in west London was left with extensive structural damage after a car smashed through a sidewall igniting a fire.

Just after midnight, emergency crews were called to 1049 Oakcrossing Gate after a red sedan crashed into the side of the home located at the corner of Sarnia Road and Oakcrossing Gate.

Police say a citizen called 911 after a vehicle that was westbound on Sarnia Road travelling at a high rate of speed reportedly lost control, hit a curb, crossed the eastbound lanes and hit the residence.

London Police Constable Sandasha Bough says the collision caused a fire to ignite which burned up the side of the home, resulting in injuries.

Jose Pineda initially sheltered two of those injured in the home. He lives directly next door to the scene. 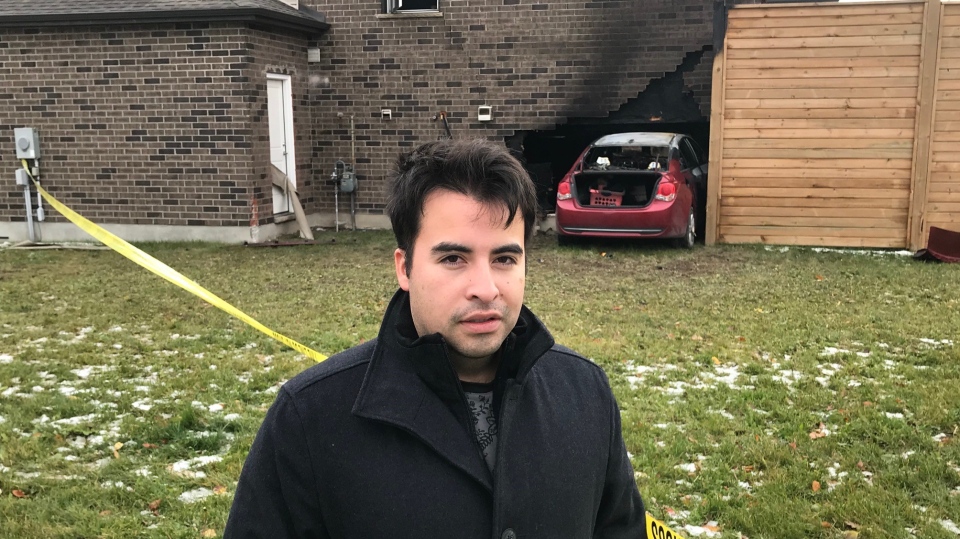 Pineda says he was in his Kitchen, about 12:30 a.m. when he heard tires squealing, and then, “I heard a really big bang, and the house shook. I felt a huge impact.”

Pineda says after the occupants of the home (a mother and her teenage daughter) were safely outside and in his home it took only minutes to have another frightening revelation.

The group was not sure if the car had struck a gas line, as was the case in the massive Woodman Avenue explosion in the summer of 2019.

“That’s when we started running out. We had nothing, I just came out in Pyjamas, my wife came out in her bathrobe, we had no time to even think about it.”

Thankfully, after making it across the street, a firefighter informed them there was no risk of explosion, even though the car struck approximately two metres from the gas line.

Once the fire was under control crews began assessing the extent of the damage.

According to fire officials, a City of London structural engineer will be required to assist in the investigation and determine if the home is structurally safe.

Damage to the residence and vehicle is estimated at $800,000. 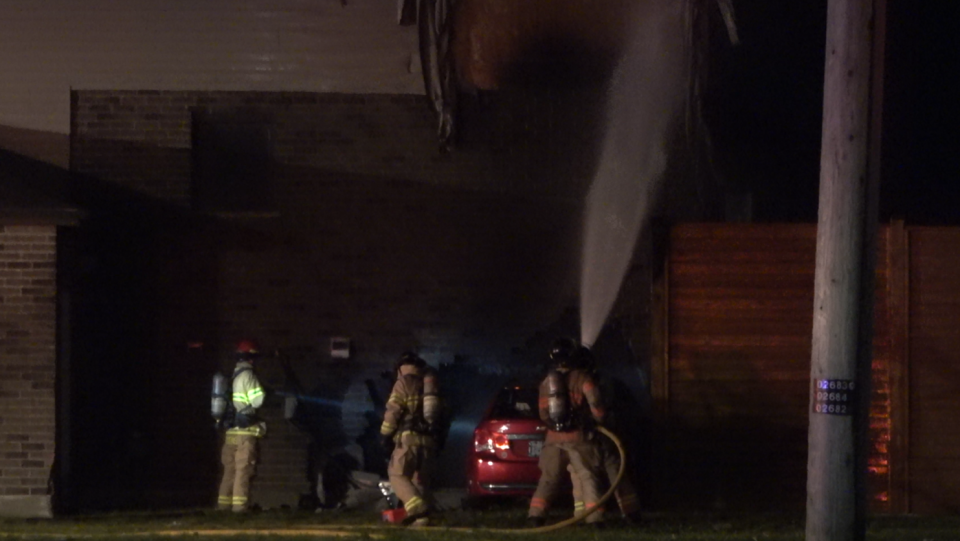 The accused is scheduled to appear in London court in Jan. 2021.

In the aftermath of the crash, several neighbours expressed sympathy for those family involved and raised two questions:

On their second concern, Tuesday’s crash, comes less than a month after a home on Elliott Street was hit by a truck.

But, even with the Woodman blast, there are many other recent examples.

Const. Bough cannot offer any reasoning, but does say, the public has been extremely responsive in helping police apprehend suspects involved in each case.

“We have had a number of incidents over the last year of so, where a vehicle has struck a building, a residence, and in each of these cases, we’ve been able to make an arrest, and proceed with that particular investigation. And for the most part, a lot of the information is coming from people on the street.”

With files from CTV's Justin Zadorsky.