Neighbours say the blaze broke out around 6 a.m. on Willow Street, on Port Stanley’s east side.

The home, just metres from the beach, has burn and char marks on one side, but a work shed and numerous vehicles, one brand new, were damaged or destroyed.

"If they hadn't responded as quickly as they did, we would have lost the house for sure."

In an twist of fate, the home is owned by a Central Elgin volunteer firefighter. He escaped with his family after being alerted to the fire.

A friend says much of the property had just been renovated, and that the scene is “devastating.”

McDonough adds his colleague told him he sees the unfortunate irony of being the person impacted, in this case.

“As the firefighter told me, he’s never been on this side of situation.”

No official cause has been determined at this time. 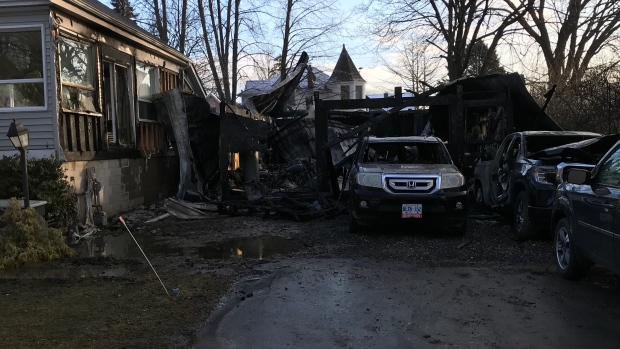