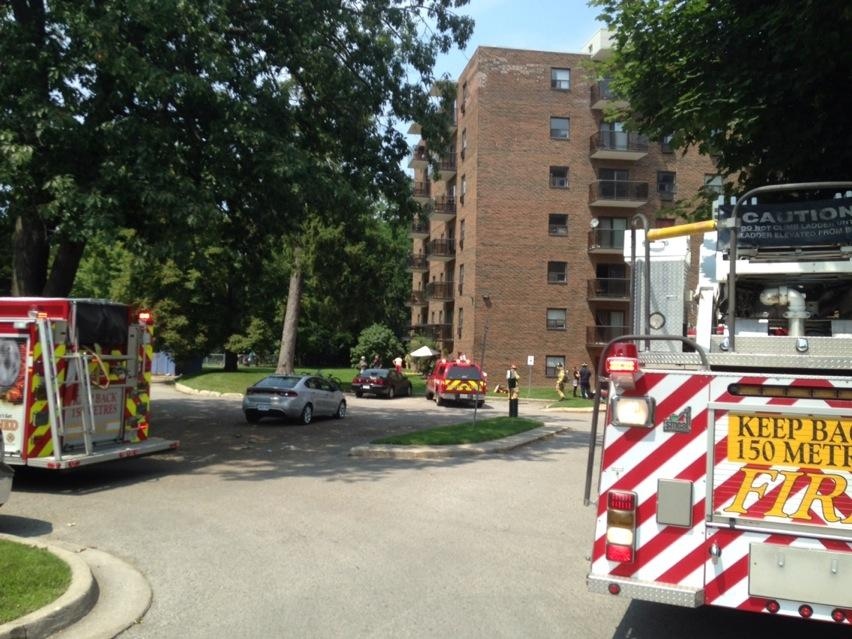 Fire crews respond to a blaze at an apartment building on Proudfoot Lane in London, Ont. on Friday, Aug. 8, 2014. (Sean Irvine / CTV London)

A fire in a six-storey apartment building in London's west end caused a few moments of concern for residents and emergency responders.

Shortly after 1 p.m. crews were called to a building at 540 Proudfoot Lane.

Officials say the blaze was centered in a second-floor unit.

A fire captain reports there were no injuries, but the unit did sustain some damage and the entire building filled with smoke.

Residents were evacuated for a short time.

There is no word on the cause or an estimate of the damage.