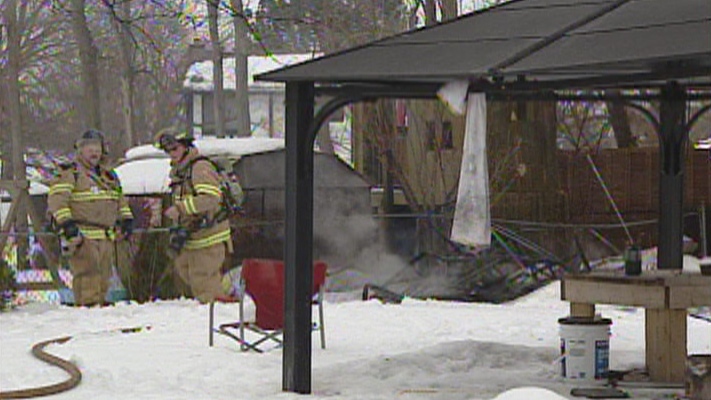 A garden shed was destroyed and the sound of explosions could be heard from a distance in a fire on Tuesday afternoon.

The London Fire Department responded to 1888 Aldersbrook Rd. around 12:45 p.m. for a report of a garden shed on fire.

Officials say thick, black smoke could be seen from Wonderland and Gainsborough roads.

According to investigators, the smoke and explosion sounds were due in part to two sets of inflated tires as they burst and burned.

A lawn mower, gasoline and the plastic shed panels also contributed to the blaze.

Fire crews were able to prevent the fire from spreading to a second shed on a neighbour's property, which suffered minimal damage.

Fortunately, no one was injured.

The cause remains under investigation, but it is not believed to be suspicious.

The shed was completely destroyed and damage is estimated at around $5,000.