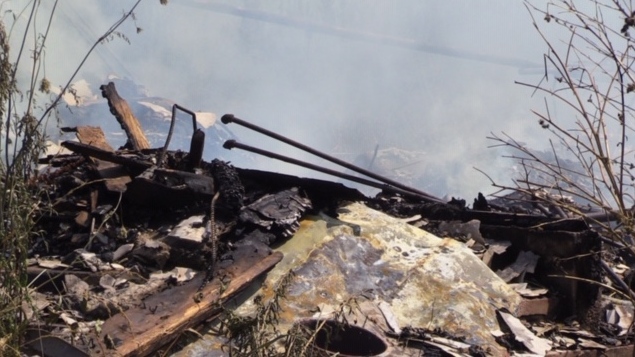 The remains of a military barracks are seen after a fire in Vanastra, Ont., Thursday, July 25, 2019.

The buildings had been vacant for years, and become a town eyesore.

They couldn’t save the old barracks, but were able to stop the fire from spreading to another set of old military barracks and another business nearby.

It’s unclear if the fire is considered suspicious at this time.

The fire was still smouldering several hours after it started.

By midday Thursday fire crews had left the scene.