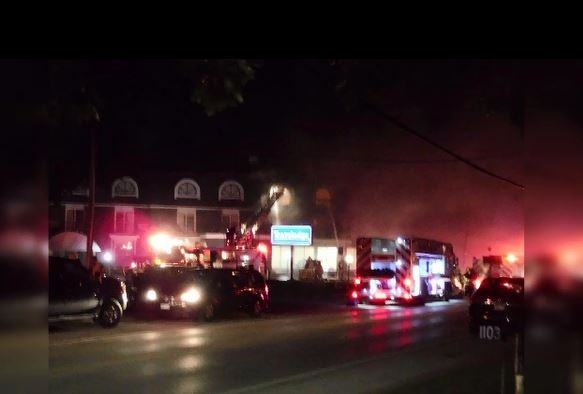 Firefighters battle at blaze at the Travelodge in Wasaga Beach on Friday, Sept. 21, 2018.

Fire officials remain on the scene following a hotel fire in Wasaga Beach.

The blaze at the Travelodge hotel broke out just after 8 p.m. Friday.

Firefighters were able to contain the fire to one end of the hotel.

Nobody was injured in the blaze.

Roads in the area were closed and the power was turned off as crews battled the blaze.