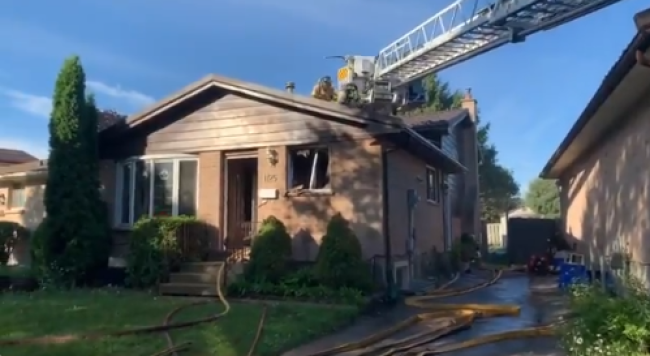 LONDON, ONT. -- London firefighters were on scene of a structure fire in the Huron and Adelaide Street area on Wednesday morning.

The London fire Department reported the fire at Gatewood Road on Twitter around 8:15 a.m.

As of 8:45 a.m. the fire was reported under control and no injuries have been reported.

Firefighters managed to rescue two dogs that were in the home during the time of the fire.

A fire inspector has been called in to determine the cause and origin of the fire.

A damage estimate has not yet been determined.