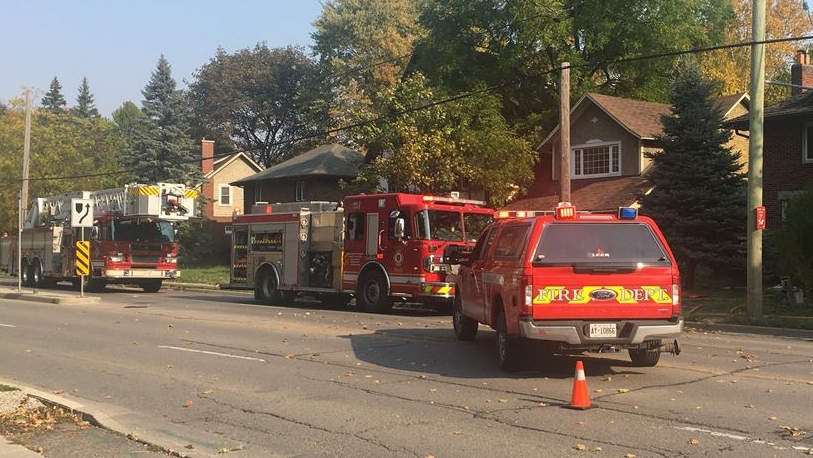 Firefighters have responded to this stretch of homes multiple times in the past year as homeless or vagrants often seek shelter at night.

“It looks like someone started a fire to keep warm and it got away from them,” says Dave Robb, district chief with the London Fire Department.

No one was in the home at 1236 Richmond St. when firefighters arrived but Robb says people were observed running from the building.

Richmond Street was closed for part of the morning while police and fire investigated.