ST. MARYS, ONT. -- Crews from three area fire stations were called to the scene of a house fire near St. Marys, Ont. on Friday.

The fire broke out in the morning hours at a home on Elginfield Road, southwest of St. Marys.

Firefighters from Granton and St. Marys were among those who responded to the fire at the home on the north side of Highway 7. 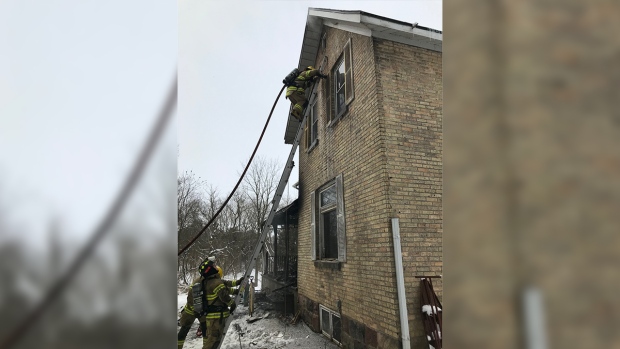 St. Marys Deputy Fire Chief Brent Dundas says no one was hurt, but the blaze was a challenge due to the age of the home.

"It is probably a write-off," he says, but officials are awaiting an insurance assessment before a final decision is made.

A friend of the homeowner tells CTV News the man had returned from getting groceries when he noticed the flames.

Fire crews reportedly found heavy smoke on arrival, and smoke continued to be visible into the afternoon.

Dundas says a wood fire used to heat the house is believed to have been the source.