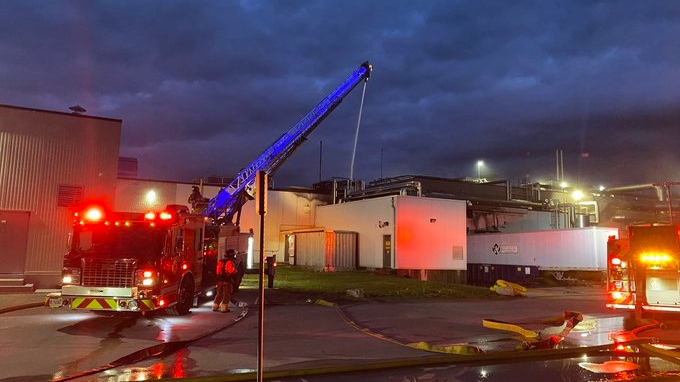 Firefighters were able to knock down a fire at 10 Cuddy Boulevard in London, Ont. on Monday, May 23, 2022. (Source: London Fire Department)

Crews responded to the blaze at 10 Cuddy Boulevard around 4:30 a.m.

“We encountered heavy flames and smoke coming out of one area that building so they started to attack the fire but it was getting out of control,” said Platoon Chief Kirk Loveland of the London Fire Department.

“So we went into a defensive mode to with aerial operations to apply heavy water streams.”

Crews were able to knock down the fire and get inside to attack the fire from the interior.

Structure fire at 10 Cuddy Blvd, crews have knocked it down and are in the process of overhaul. Upon arrival heavy fire and smoke conditions that crews were able to knock down and gain access to extinguish the fire. #LdnOnt@LdnOntFire pic.twitter.com/EAjKtZ3o8x

“Nobody was in that section of the building at the time because production was shut down for the weekend,” Loveland said.

“There's only a skeleton staff on scene, and that helped because we didn't have to deal with a lot of people in the factory because (it’s) a very large complex.”

Fire crews were visible from Crumlin Sideroad Monday morning at the back of the factory. Loveland said the fire was in the compacting area of the building where they have mechanical equipment and do crushing.

At this point they do not have a cause of the fire.

“Investigators are on scene so they'll start their investigation and based on that they'll determine whether they need to contact the Ontario Fire Marshal's office to assist,” said Loveland.

“It will depend on circumstances, cause and the origin they find while doing their preliminary investigations.” 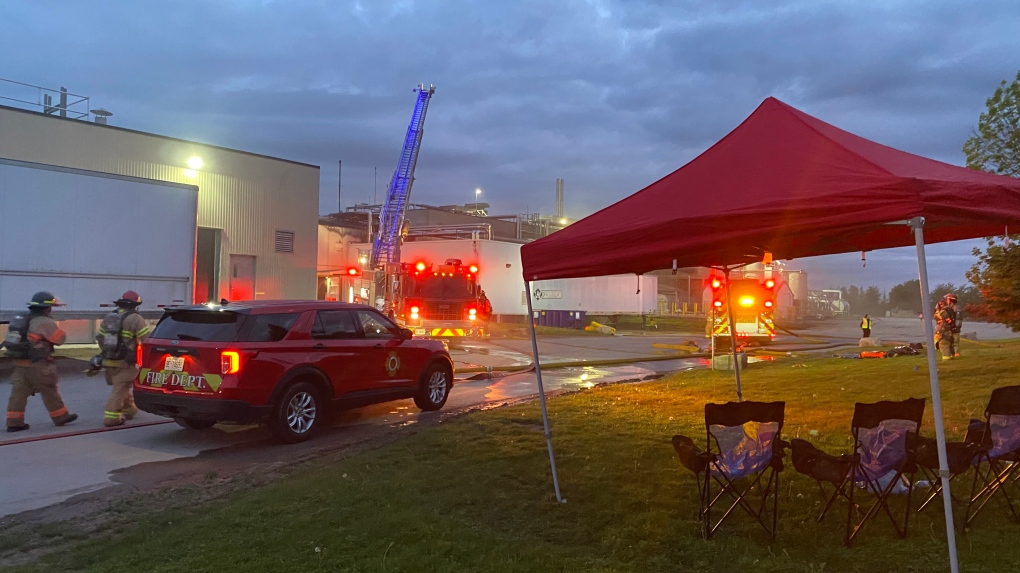 Firefighters were able to knock down a fire at 10 Cuddy Boulevard in London, Ont. on Monday, May 23, 2022. (Source: London Fire Department)

Russia shattered weeks of relative calm in the Ukrainian capital with long-range missiles fired toward Kyiv early Sunday, an apparent Kremlin show-of-force as Western leaders meet in Europe to strengthen their military and economic support of Ukraine.