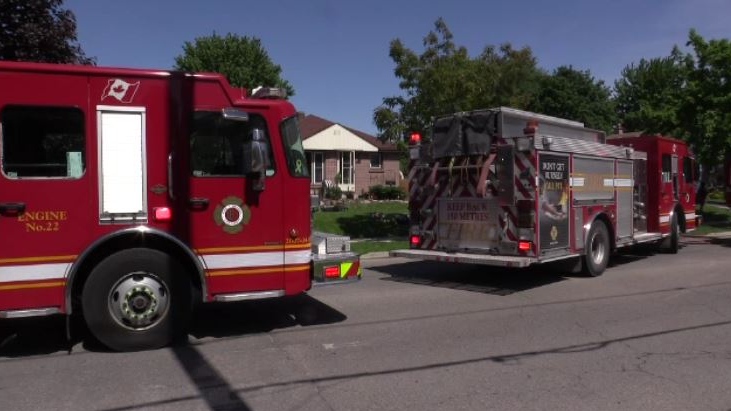 Firefighters work at the scene of a fire on Hale Street in London, Ont. on Friday, June 7, 2019. (Morgan Baker / CTV London)

No one was hurt after a fire broke out at a home in London's east end on Friday afternoon.

Emergency crews were called to 364 Hale Street, in the area of Highbury Avenue and Trafalgar Street, shortly after noon after receiving several 911 calls about a house fire.

The residents were able to get themselves safely out of the residence.

The fire is believed to have started in the basement, but was quickly brought under control by firefighters.