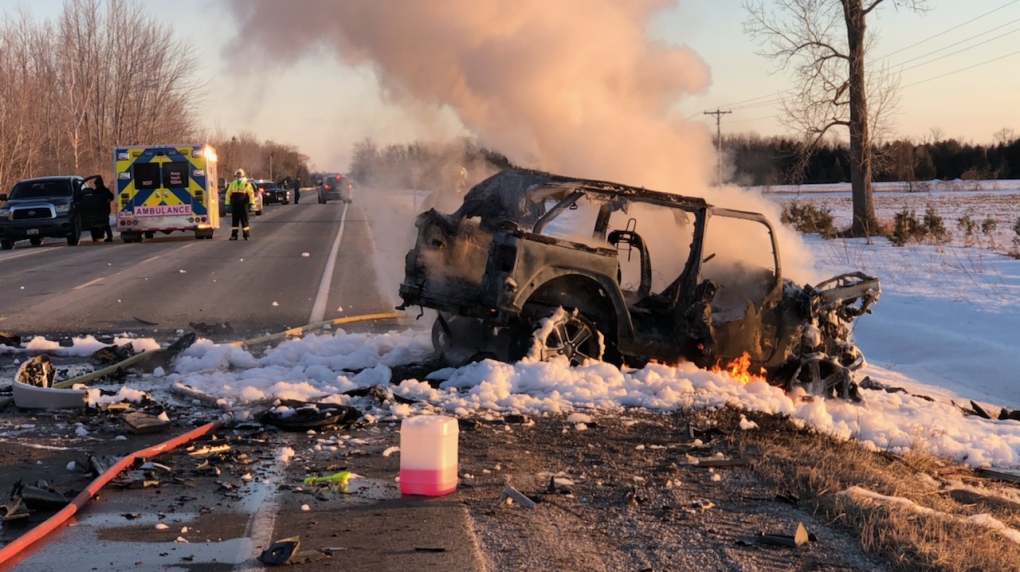 A Jeep and pickup truck collided head-on around 5:30 Sunday evening on Highway 21, just south of Goderich.

Police say a dog in the Jeep died as a result of the crash and fire.

An investigation into the cause of the collision continues.

#HuronOPP continues to investigate a two-vehicle head-on crash that took place last night on #Hwy21 south of Goderich. First responders were able to get the two injured drivers out of their vehicles. Injuries are reported to be serious but non-life threatening. @DeptGoderich^js pic.twitter.com/pU1eWQpfWT