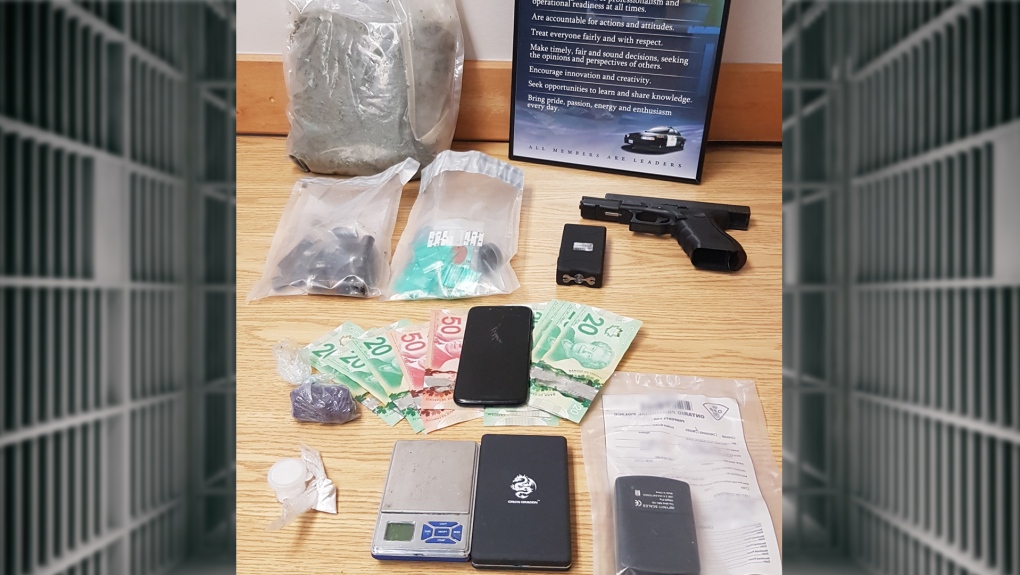 LONDON, ONT. -- As the result of an investigation by the Elgin-Middlesex Community Street Crime Unit (CSCU), a Cannabis Act Search warrant was executed at a residence on Kintyre Line, north of Rodney, Ontario.

On Thursday, a large quantity of Fentanyl, cocaine, cash, and other evidence of trafficking was seized, including a conducted energy device and an imitation 'Glock' firearm.

As a result, the following 13 charges have been laid:

All three individuals are awaiting a future court date.