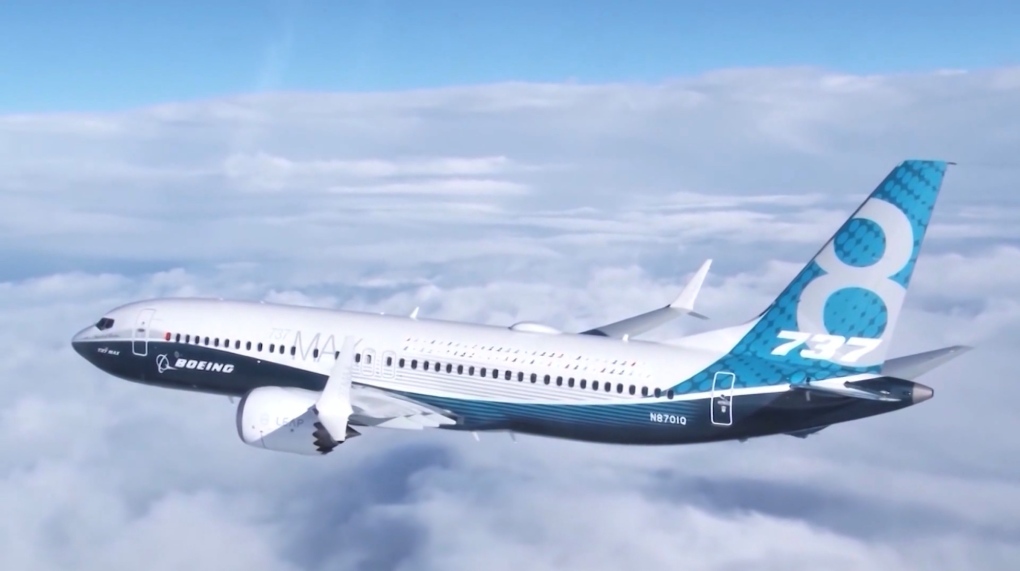 A Boeing 737 aircraft is seen in this undated CTV News file image. (File)

A pair of initiatives aimed at attracting high-skilled jobs to the region have captured the attention of the federal government.

On Tuesday, Minister of Innovation, Science, and Industry François-Philippe Champagne sat down for an interview with CTV News London to discuss the growing electric vehicle (EV) sector and other high-tech industries in southwestern Ontario.

“I don't know if you've been following me!” joked a surprised Champagne when asked about rumours that aerospace company Boeing is considering a significant investment in London and the surrounding region.

He says talks are ongoing with Boeing about further investment in Canada — and confirms this region is in the running.

“London has the key ingredients that you [need] to attract this type of investment in the industry,” the minister explains.

Boeing is one of the largest aerospace design and manufacturing companies in the world.

Champagne suggested he is targeting investments that reduce the environmental impact of the aerospace industry, in particular, greener propulsion.

“What we've done in the automotive sector I dream of doing in the aerospace sector, which is greening the industry,” he adds.

Earlier in the day Champagne was joined by London North Centre MP Peter Fragiskatos on a tour of Toyota in Woodstock, Ont. focussed on EV investments and technology.

“We're talking about close to $40/hr plus benefits, particularly in this economy its jobs like that that are going to get people through,” says Fragiskatos.

In June, the City of St. Thomas announced the purchase of a 325 hectare (800 acre) parcel of serviced land in the community’s northeast corner aimed at attracting an EV battery plant.

Champagne was aware of the shovel-ready property and enthusiastic about the opportunity.

“I would applaud what is being done in St. Thomas, and certainly that is the type of creativity that we need,” he says.

Coolio, the rapper who was among hip-hop's biggest names of the 1990s with hits including 'Gangsta's Paradise' and 'Fantastic Voyage,' died Wednesday at age 59, his manager said.

In the aftermath of post-tropical storm Fiona, the premier of Nova Scotia is calling on telecommunications companies to 'step up', saying that many residents are still without cell phone service or access to 911 days after the storm pummelled the province.

NDP Leader Jagmeet Singh says Conservative Leader Pierre Poilievre should not be opposing a dental benefit for children in low-income homes when MPs receive far broader coverage for their families.

New York Yankees outfielder Aaron Judge tied the MLB American League record for most home runs in a single season Wednesday night during a game against the Toronto Blue Jays at Rogers Centre.