Fatalities down on Ontario roads: OPP 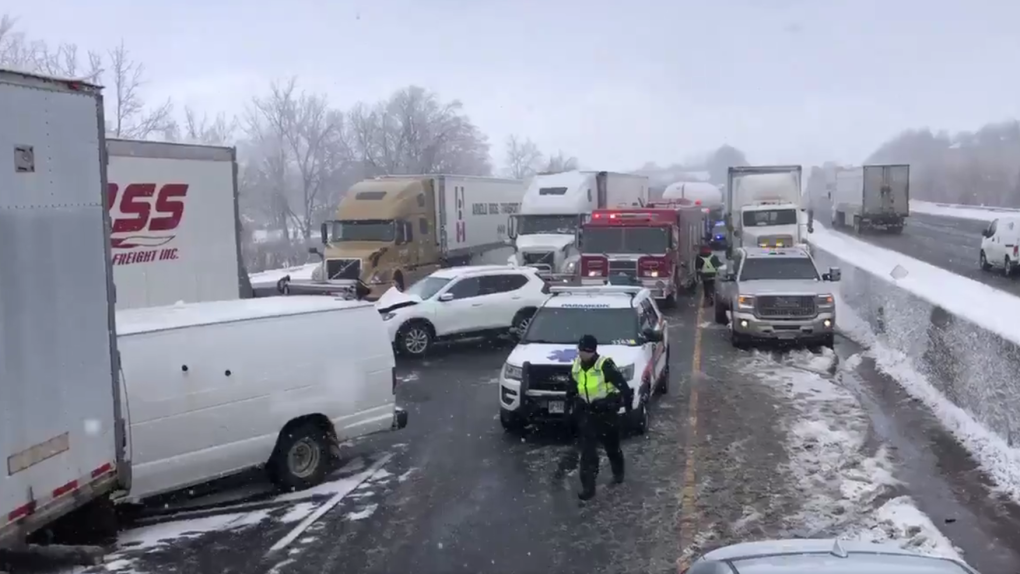 The scene of a pileup with more than 20 vehicles. (@OPP_HSD / Twitter)

The Ontario Provincial Police is reporting that fatalities were down in all categories on OPP patrolled roads, waterways, and trails in 2018.

The reported data compares the number fatalities in 2018 to the previous year and only reflects OPP jurisdictions.

In 2018, OPP officers laid a total of 381,714 traffic-related charges under the Highway Traffic Act and Criminal Code.

A total 333 were killed on OPP patrolled roads in 2018, which is down from 343 in 2017; however crashes causing injuries and property damage did increase.

There were 7,674 collisions involving transport trucks in 2018, marking a four-year high. In those crashes 55 people lost their lives, and 1,142 people were injured

Last year 19 people lost their lives in off-road vehicle crashes, compared to 22 in 2017.