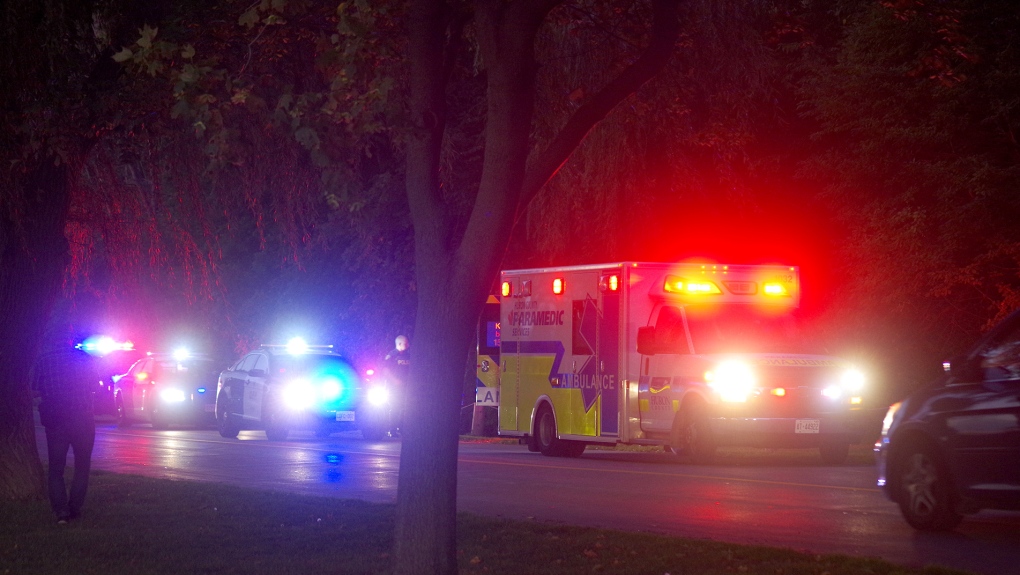 Emergency crews work at the scene where an SUV went over a cliff in Goderich, Ont. on Monday, Sept. 30, 2019. (Source: Emsie Williams)

WINGHAM, Ont. - Police have identified the driver of the vehicle who died when his car went off a cliff in Goderich, Ont. on Monday night.

Sixty-five-year-old Omer Viau of North Bay, Ont. was behind the wheel of the SUV that flew off the end of Elgin Avenue in the area of Cove Road around 7 p.m. Monday.

Viau was killed in the crash, which left the SUV on its roof in a treed area. There were no other people in the the vehicle at the time of the collision.

Witnesses tell police that Viau’s SUV was travelling at a high rate of speed when it went flying off the cliff.

Police aren’t entirely able to say if the crash was intentional or if it was caused by some sort of medical situation.

They are appealing for any more witnesses to the crash to come forward.