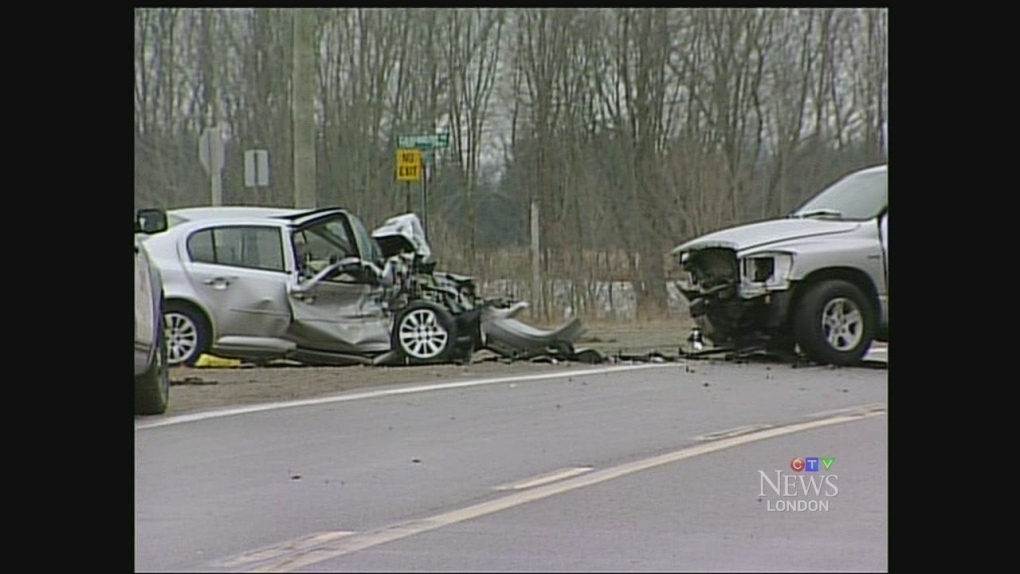 A woman has died after a two-vehicle collision on Longwoods Road near Bothwell, Ont. on Wednesday, March 19, 2014. (Admar Ferreira / CTV London)

Emergency crews were called to the scene on Longwoods Road at Cashmere Road around 2:30 p.m. for a head-on collision involving a car and a pickup truck.

No names have yet been released.

Members of the OPP Technical Traffic Collision Investigation team have been called in to assist in the investigation, and anyone who witnessed the crash is asked to contact police.

Longwoods Road has been closed between Sassafras Road and Clachan Road. It is expected to remain closed until late Wednesday evening.

Police are asking motorists to avoid the area.