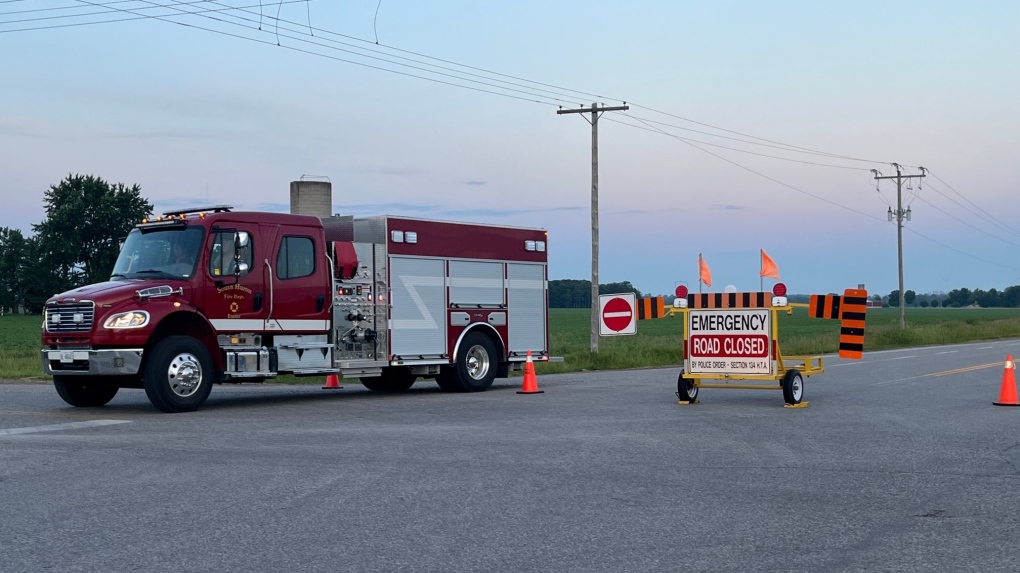 One person is dead after a cyclist was struck by a vehicle just south of Exeter, according to police.

OPP were called to the scene on Crediton Road around 9:50 p.m. and say the cyclist was pronounced deceased at the scene.

The name of the victim is being withheld until the family can be notified.

Crediton Road was closed between Ausable Line and Airport Line for about 10 hours for the investigation but has since reopened.

Police in Ontario say they have taken down a criminal network they allege trafficked cocaine and fentanyl and smuggled guns into Canada from the U.S.

A new global study by computer security software company McAfee has found that 60 per cent of Canadian children as young as 10 have experienced some form of cyberbullying.

The Royal Canadian Air Force has grounded the Snowbirds aerobatic team after one of the jets suffered a hard landing last week in northern British Columbia.

Nova Scotia’s unsolved crimes program is offering its largest reward ever for information in the case of a little boy shot and killed in Dartmouth in December.