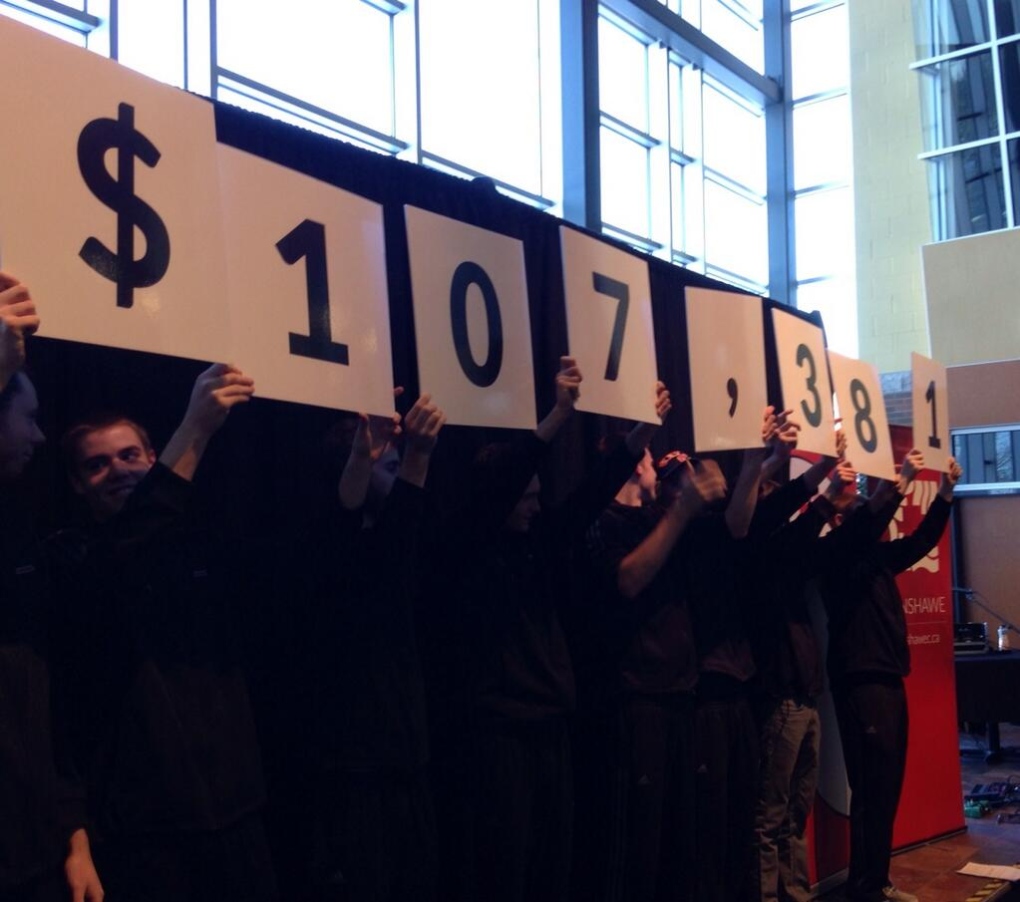 The total amount raised by Fanshawe College for the United Way of London-Middlesex is revealed in London, Ont. on Wednesday, Jan. 29, 2014. (Chuck Dickson / CTV London)

Fanshawe College President Peter Devlin unveiled the school's fundraising total of $107,381 at an event on Wednesday.

Staff and students celebrated as it was announced that the school had exceeded its $100,000 goal for the fourth year in a row.

United Way of London & Middlesex CEO Andrew Lockie was at the event as the finaly tally was revealed.

They money comes from staff, students and retirees of the college's four different campuses and was gathered through payroll deductions, fundraising events and student activities.

The contribution brings the college's total contributions to the local United Way to more than $1.1 million.