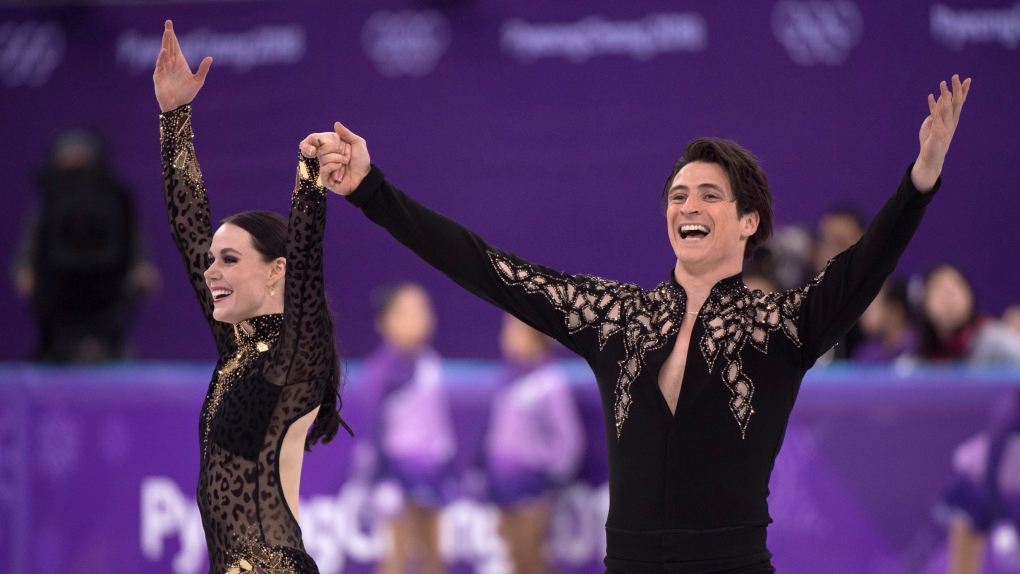 It's going to be a packed house this evening at the Ilderton Community Centre, as skating fans will cheer on local skating heroes Tessa Virtue and Scott Moir.

Hundreds are expected to take in the free dance competition from the Winter Games in PyeongChang.

The event is currently sold out and doors open at 7:30 p.m.

Virtue and Moir won Olympic gold in Vancouver in 2010. They lost to Americans Meryl Davis and Charlie White four years later in Sochi, and then took two seasons off, returning in hopes of reclaiming gold.

The pair will retire after Pyeongchang, were undefeated in their return until losing to Papadakis and Cizeron in the Grand Prix Final in December.

CTV London will be live at the event during the 6 p.m. news and will have a full report at 11 p.m.