It was an early holiday celebration for motorists at some London, Ont. gas pumps Friday morning.

Primarily in the south and east end of the city, the price for a litre of gasoline fell to $1.25.

The temporary three-hour drop was prompted by a promotion at one service station that lowered its price for regular fuel by 10 cents a litre.

“It hasn’t been this low in over a year now,” exclaimed Carson Bollert as he filled up.

“I was really shocked. I was dropping my grandson off at school and I said, “Well, I’ve got to come in today.”

And with a growing list of grandchildren, the savings to fill up her minivan is substantial.

“This saves quite a bit, especially with a new granddaughter just arrived it’s going to make a big difference.”

That is especially true for drivers of larger gas vehicles.

Al Sater was happy to get a lower price as he recalled what he paid for gas in mid-June when prices peaked at $2.15 per litre.

At current prices, even small car drivers are saving $30 to $40 a fill-up, concedes a national gas price analyst. 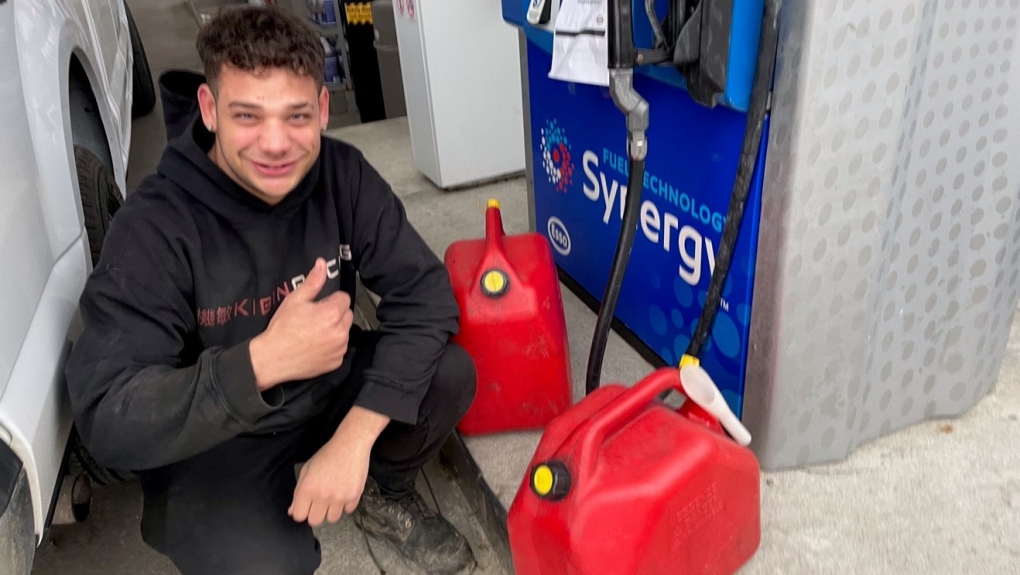 Jordan Vanderboor fills up gas cans during a temporary gas promotion. The price fell to $1.25 at some stations in London, Ont., on Friday, Dec. 9, 2022. (Sean Irvine/CTV London)

But Dan McTeague of GasWizard.ca cautions it is a Christmas gift that will not last into the new year.

McTeague predicts prices will jump well above $1.50 in late January and “skyrocket” from there.

Perhaps this might be why some were filling up gas cans Friday.

Unfortunately, it is a futile tactic for those driving diesel vehicles.

With supply chain needs keeping diesel prices high, most drivers know their pain at the pumps is not going away.

“And it won’t”, shares McTeague. “Diesel is in short supply”

“I think the government should subsidize diesel more to lower the prices of groceries etc.”, shared one diesel driver while filling up. "Because people are poor, and it is not good,” he added.

But another driver put it back on the oil and gas companies.

He says if stations can afford promotions, they can afford to permanently drop prices.

“If they got the room and money to lower it by 10 cents for a few hours, that tells me maybe they’re making a little too much.

Marit Stiles officially became the new leader of the Ontario NDP on Saturday after a majority of party members voted in favour of the lone candidate.