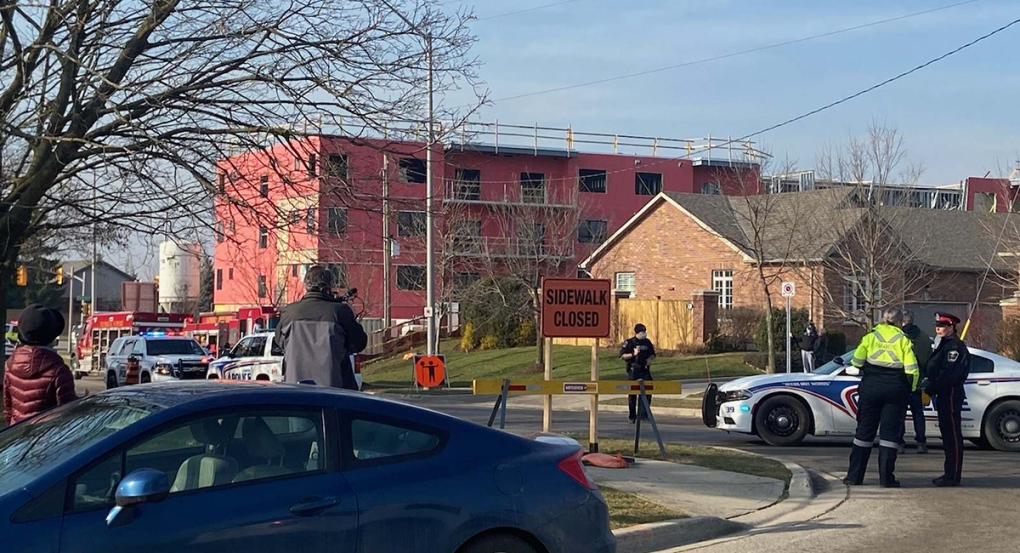 “An investigation has begun to determine the cause of the accident. We are cooperating fully with the regulatory authorities as they carry out their investigation,” says Doornbosch.

Emergency crews responded to 555 Teeple Terrace, also known as the Nest on Wonderland project, around 11:40 a.m. after a report of a partial building collapse.

The City of London reports that a fourth-storey wall collapsed, trapping seven workers underneath it.

Five people were immediately taken to hospital, where one later died. Of the other four, city officials say one was in critical condition, one in serious condition, and two more in fair condition. One person was reportedly also treated at the scene for a minor injury but not taken to hospital.

A sixth injured person was pulled from the building before authorities shifted from rescue to recovery Friday night.

A second person was also killed after a wall partially collapsed at a construction site.

“This is an extremely sad day for Nest on Wonderland. We are devastated by this incident, and our thoughts remain with the affected workers, their families, friends and co-workers. Our first priority is always the safety of our employees, contractors and the community in which we work and live," says Doombosch.