Jeff Ducharme was in his home office when a young man in a truck pulled up, ran up to the front of his home in Norwich, Ont. and stole his pride flag in broad daylight.

“I wasn't particularly fazed by the loss of the $5 flag, as much as the fact that somebody was bold enough to come right up to my house and steal it off the side of my house in the middle of the day,” said Ducharme.

“We've done it every year, we put up a flag and every year goes missing. This year I put it up in between a bunch of surveillance cameras and caught him on camera,” he added.

His was just one of a few over the past week to either be stolen or spray painted in the small Oxford County town southeast of Woodstock. 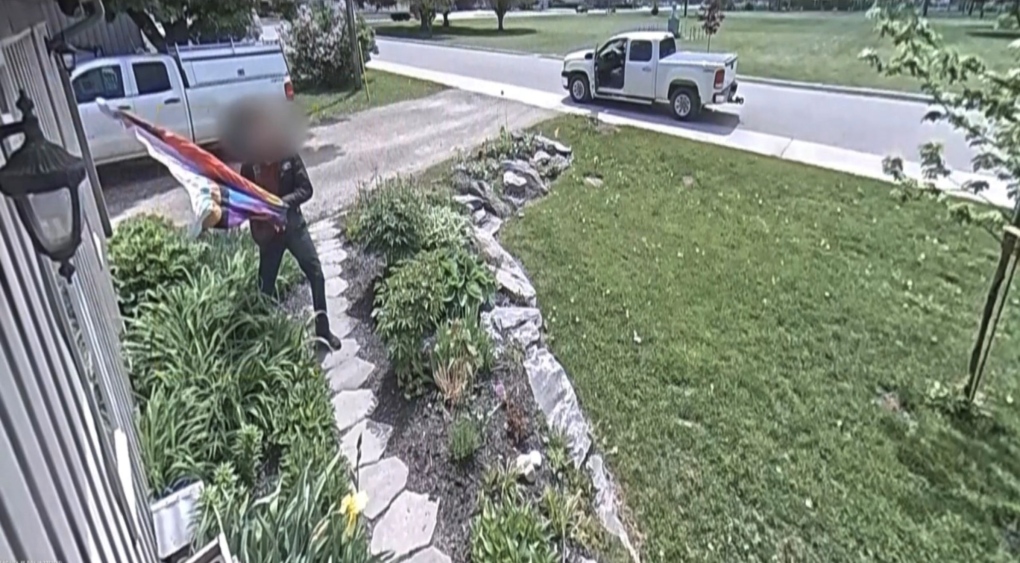 Surveillance video shows a young man approach Jeff Ducharme’s home in Norwich, Ont. and steal his pride flag. (Source: Jeff Ducharme)The OPP recently sent out photos of a truck and tractor they believe to be involved in the theft of pride flags around Norwich.

On May 20, a flag was stolen from a hydro pole and another was spray painted. On May 21, two more reports came in of stolen flags in the downtown area.

Oxford County OPP say they are investigating, but no arrests have been made and no charges have been laid.

Murray says the Norwich business improvement association (BIA) put the flags up around town, and within 24 hours they were stolen. She calls it “disheartening” less than a week after International Day Against Homophobia, Biphobia and Transphobia.

However, over the past few days she’s seen the negative turn into a positive.

“We have received copious amounts of financial donations to support the BIA and Norwich to replace those banners,” said Murray. “In addition, we've also received some donations for community members to be able to replace their flags that are being currently destroyed in the community.”

In what is a difficult time for many in that area of the county, a local business is doing something to try and show they care.

Guns Hill Artisan Cheese wants to make a clear statement that they promote diversity and inclusion.

“What our goal is, is to take our little sidewalk that we've got here, getting into the cheese shop, and then paint it with the progressive pride flag,” said Shep Ysselstein, the shop’s owner. 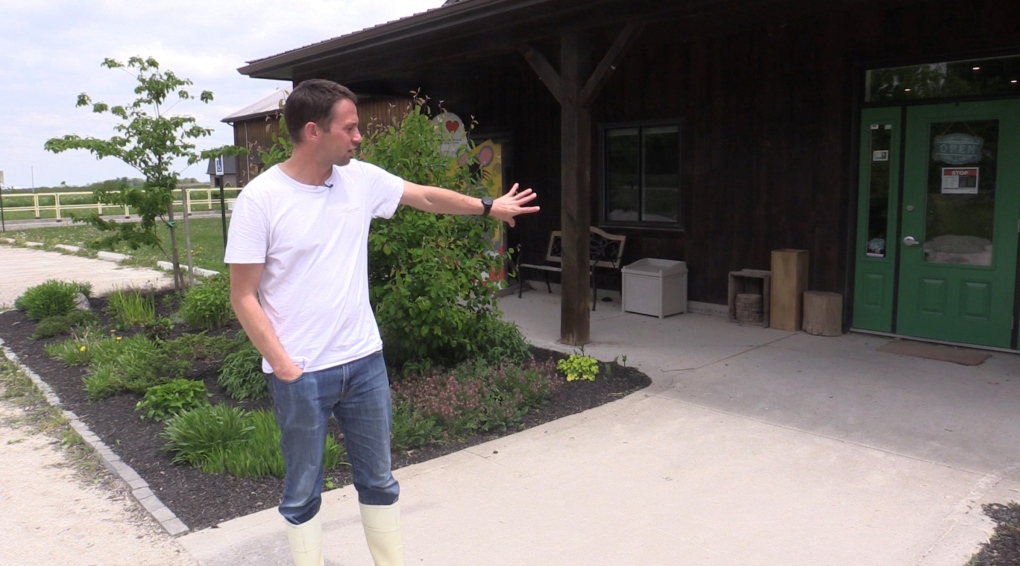 Shep Ysselstein of Guns Hill Artisan Cheese near Norwich, Ont. says they will paint a progressive pride flag on their front walkway to support diversity and inclusion. (Brent Lale/CTV News London)“It’s just so that it's very clear that everybody is welcome here regardless of what your background is and where you're from and how you feel,” he added.

Ysselstein and his partner hope to have the sidewalk painted in time for the beginning of Pride month next week.

Murray says she isn’t surprised by what is happening in Norwich, as they have a history of posters and other items promoting pride being stolen.

The loss of his flag isn’t about to deter Ducharme from showing his support, however. Wednesday morning, he put another flag back on the front of his home.

“I support anybody who's marginalized,” said Ducharme. “My kids have friends who are in the LGBT2+ plus community, and with Pride month coming up and it's just I felt the right thing to do.”