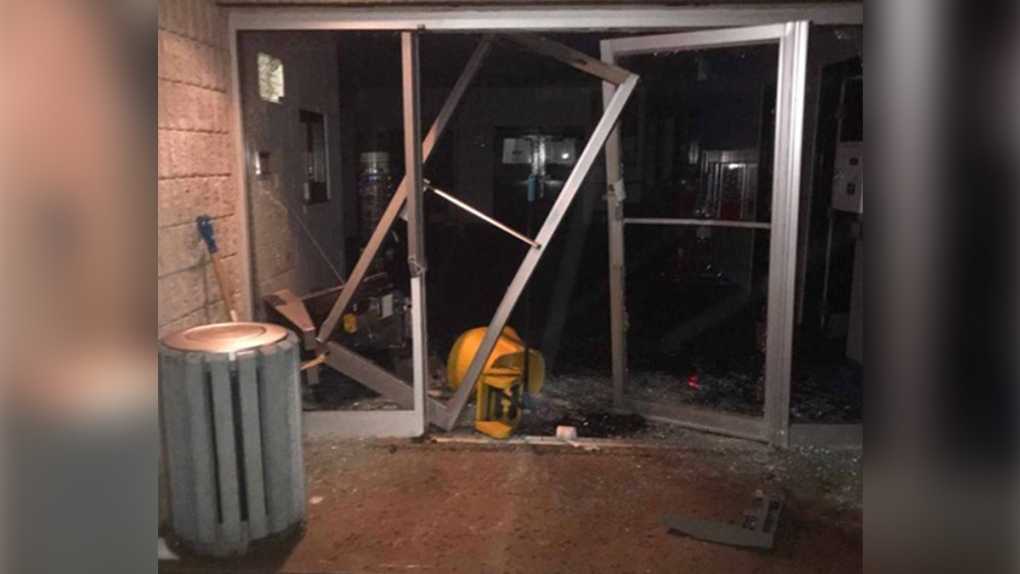 Damage to the community centre in Hensall, Ont. is seen following a theft attempt on Saturday, Jan. 25, 2020. (Source: Municipality of Bluewater)

WINGHAM, ONT. -- Thousands of dollars of damage was caused after a vehicle smashed into the front door of the Hensall Community Centre over the weekend.

The Municipality of Bluewater says a vehicle drove through the front doors in an effort to steal an ATM.

Arena staff were able to temporarily repair the damage in time to resume public use of the facility by Sunday morning.

No arrests have been made yet.