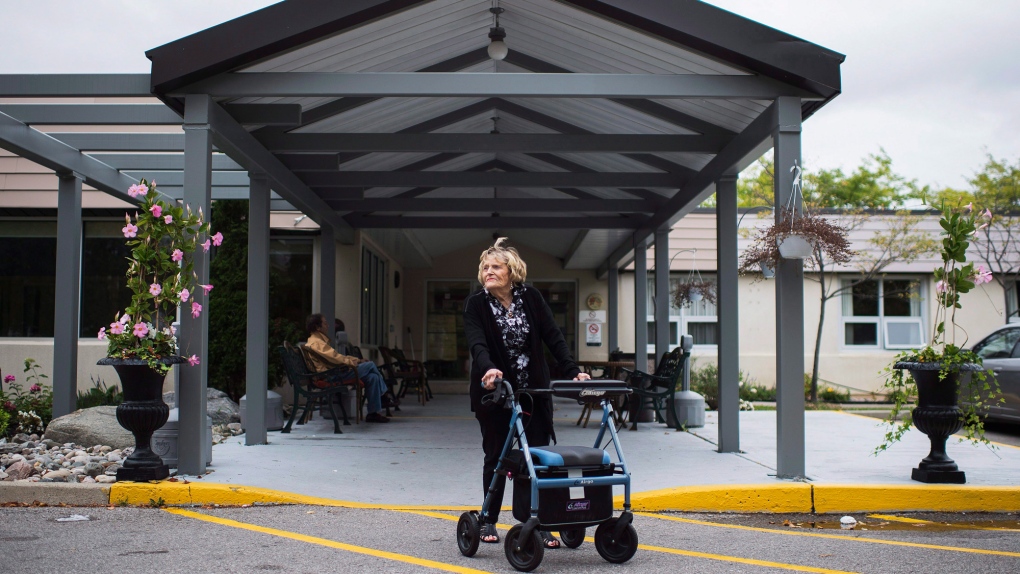 Devora Greenspon stands for a photo outside her nursing home Extendicare Bayview in Toronto on Sunday, Sept. 13, 2015. (Aaron Vincent Elkaim / THE CANADIAN PRESS)

TORONTO -- Extendicare Inc. is expanding its presence in Ontario and Saskatchewan with a series of acquisitions and developments, including the purchase of three retirement communities in deals announced on Wednesday

The company, based in Markham north of Toronto, will buy the 116-suite Stonebridge seniors home in Saskatoon and the Riverbend facility in Regina for a total of $50.2 million from Brightwater Senior Living Group.

Extendicare also has a letter of intent to acquire two additional Brightwater properties that are under construction in Moose Jaw and Yorkton, Sask.

In Tillsonburg, Ont., southeast of London, Extendicare will buy the Harvest Retirement Community for $28.4 million. It's currently owned by a partnership of Baybridge Seniors Housing and Nautical Lands Group.

The Harvest home has 64 suites and it's being expanded by 36 suites that are to be completed in December.

The Harvest, Stonebridge and Riverbend transactions are to close on Dec. 1 and follow Extendicare's purchase last month of the Empire Crossing independent living community in Port Hope in southeastern Ontario, which cost $20.2 million in cash.

The acquisitions and developments would add to Extendicare's network of senior-care centres, which totalled 112 locations at the end of September.

Extendicare announced the deals along with its latest financial report, which showed it had $263 million of revenue in the third quarter -- up $55.4 million or 26.7 per cent from last year.

The company recorded a $204.7 million gain from the sale of its U.S. operations, which helped push Extendicare's net profit to $216.3 million. Net operating income was $34.8 million, up $6.1 million from a year earlier.

"We are pleased to continue our progress in executing on our Canadian-focused strategy following our exit from the U.S. operations," Extendicare president and CEO Tim Lukenda said in a statement.

"The retirement communities that we are acquiring, and those under development, will be great additions to our property portfolio, and are consistent with our strategy to develop our business across the continuum of care."