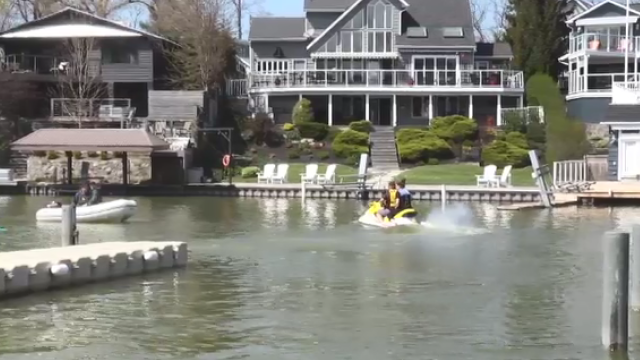 Sunny weather brought people out to their local marinas on Saturday, May 16, 2020.

LONDON, ONT -- Once we get through this rain Monday, it should be smooth sailing, golfing and gardening over the next week.

"The wet weather ceases later tonight, and it should be sunny mid-week and temperatures about 5 degrees above seasonal by Thursday," says CTV Meteorologist Gary Archibald.

Tuesday through Sunday, the forecast shows above normal temperatures with the highs reaching 26-27 degrees Celsius in London and close to 30 degrees in Windsor next weekend.

Golf course owners are looking forward to the next few days, especially after getting a taste of the sunshine Saturday.

"I think we set a record at the Fox Golf Club with nearly 300 golfers on opening day," says Doug Breen, regional vice president of Golf North Properties whose company owns multiple courses in the London region, including 'The Fox' near Lucan.

The city of London municipal courses "were insane Saturday" according to Parks and Recreation Division Manager JP McGonigle who was at Thames Valley Golf Club managing opening day. 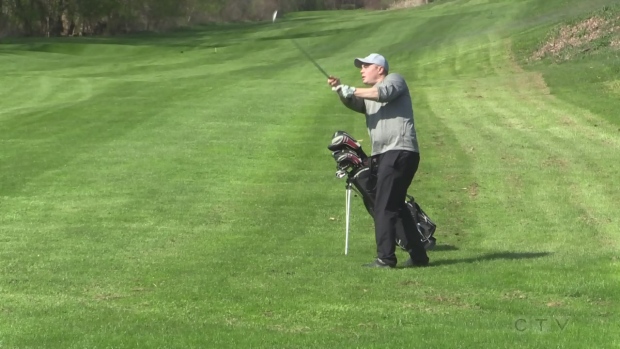 "Both courses (Thames Valley and Fanshawe) were so busy," says McGonigle, who spent the day near the first tee using a radio to coordinate physical distancing.

"Looking at the upcoming weather over the next six days we expect it to be as busy as Saturday with the tee sheet full.

Marinas also got the go-ahead to open Saturday but with short notice they weren't quite as busy as expected.

"I had mainly smaller boats and a number of jet skis were out," says Dave McNiece, owner of Stan's Marina in Port Stanley.

McNiece says he still has to get some of his docks in but does have some boats in the water.

He said on opening day it was mostly people using the public launch on Carlow Road, but does expect with the nice weather upcoming that it will be busy by next weekend.

Archibald says like many others, he's been itching to get outside more and this week should provide the temperatures to do just that.

"We're looking at fair weather pattern and in conjunction with that is a southerly flow of warm air coming up from the Gulf and that is raising temperatures.," says Archibald.

"It's going to be a a good stretch of 5-6 days of relatively dry weather and good weather to be outdoors."