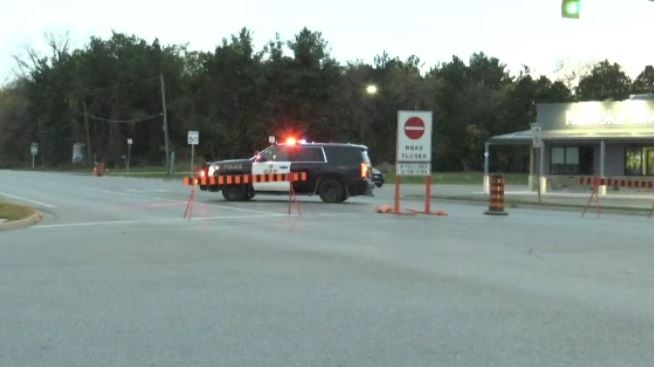 STRATHROY-CARADOC, Ont. -- A two-vehicle crash southeast of Strathroy, Ont. has killed an 18-year-old, and injured at least two others.

The collision happened around 5 p.m. on Friday evening at the intersection of Glendon Drive and Amiens Road, just west of Komoka, Ont. in Strathroy-Caradoc.

According to police, a vehicle that was westbound on Glendon struck an eastbound vehicle making a left turn onto Amiens.

Sgt. Jason Cartwright of the Strathroy-Caradoc Police Service says an 18-year-old male died due to the injuries he sustained in the crash.

The name of the teen, from Middlesex Centre, is not being released at the request of the family.

The other two occupants in the vehicle turning left were taken to London Health Sciences Centre for treatment of serious injuries.

The driver of the other vehicle suffered minor injuries and was not transported to hospital.

The OPP Technical Traffic Collision Investigation Unit was called in to assist.

The road was closed for just under 12 hours but has since reopened.