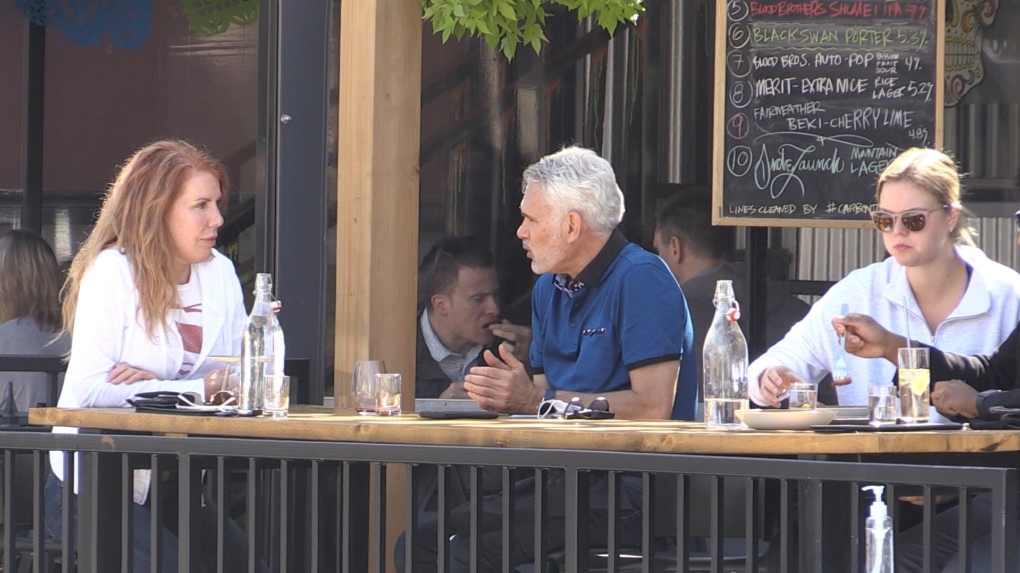 London’s formula for calculating the maximum size of patios outside restaurants and bars is so longstanding that city staff are perplexed about its original intent.

On Monday, the Planning and Environment Committee (PEC) discussed permanently loosening municipal rules on patios that helped many restaurants and bars survive the pandemic.

However, a zoning bylaw that restricts the size of restaurant and bar patios will remain in place until city staff can do more research.

Currently, patios are limited to 50 per cent of the indoor capacity of the restaurant/bar, or 50 people — whichever is greater.

The zoning bylaw applies to both seasonal and permanent patios.

Coun. Stephen Turner asked staff why the limit was set at 50 per cent or 50 people.

“Similar to Ms. Musicco, that preceded my time at the city,” he told councillors on the committee. “It’s more hearsay than actual policy that I’ve come across.”

Kokkoros suggested, “During the summer months, that perhaps, half of the capacity of the indoor space was not really utilized, most people would prefer to sit outside, and therefore the inside would have potentially 50 percent less capacity than during the winter months.”

“I have concerns about it,” explained Turner. “There may very well be a reasonable explanation for why that number was chosen, but it seems arbitrary. It seems like it has the opportunity to be modernized.”

PEC members recommended council direct staff to research the rationale behind the limit and recommend an update to the zoning bylaw.

The committee did recommend providing new flexibility to seasonal patios temporarily set up in parking lots.

The committee recommended lifting the mid-March to mid-November dates, allowing each establishment to choose its own eight month period.

The capacity would be set at 1.11 square meters per person, in line with the AGCO.

Council will consider the changes at its meeting on Oct. 17.

What the latest Bank of Canada rate hike means for inflation, consumers

The Bank of Canada hiked its key policy rate by half a percentage point to 4.25 per cent -- the highest it's been since January 2008 -- on Wednesday in its final rate decision of a year that has been marked by stubbornly high inflation and rapidly increasing interest rates.

National Revenue Minister Diane Lebouthillier is facing calls from Conservatives to apologize for suggesting that Tuesday's auditor general report indicating that billions of dollars in COVID-19 benefits went to those who were ineligible was influenced by political pressure.

A photo of a pet dog named Bob and a couple of accidental selfies helped investigators bust an international drug trafficking ring, which saw nearly $75 million worth of drugs stopped from hitting the streets of Australia.

Polygamous leader had 20 wives, many of them minors: FBI

The leader of a small polygamous group near the Arizona-Utah border had taken at least 20 wives, most of them minors, and punished followers who did not treat him as a prophet, newly filed federal court documents allege.

Putin calls nuclear weapons a tool of deterrence in Ukraine

Russian President Vladimir Putin on Wednesday hailed the annexation of Ukrainian territories as a major achievement and said his country's nuclear weapons serve as a tool of deterrence in the war that the Kremlin calls a 'special military operation.'

There have never been so many renters in Canada, RBC report says

Royal Bank of Canada economists say the country has reached a record number of renters as the number of people renting has increased at three times the rate of homeowners in the past decade.

Bank of Canada raises key interest rate to 4.25 per cent, its highest since 2008

The Bank of Canada has raised its overnight rate by 50 basis points to 4.25 per cent, marking its seventh rate hike in nine months. The last time the bank’s policy rate was this high was in January 2008.