LONDON, ONT. -- As more and more of us opt for electric vehicles (EV), stations to charge them are popping up all over southwestern Ontario, with one very notable exception.

A stretch of Highway 401 between London and Chatham has no stations at all.

Don Millar is president of the Electric Vehicle Association of London.

Through his role, and as an EV driver, he’s keenly aware he’d better stop at a charging station off Wellington Road in London, before he heads west on the 401.

"London is like an oasis, this is the last stop before Chatham. Basically the area between London and Chatham is a wasteland. There are no chargers there."

An online map of EV charge stations proves he’s correct. Stations pop-up just about everywhere to the west of London, except for the stretch between the Forest and Maple cities.

Jef Fisher of Burlington bought a Tesla after a close call in another electric vehicle while in the dead zone two years ago.

"I was actually coming back from Detroit. We knew that the next charger was at the limit of our range."

Fisher managed to get his battery to last until London by reducing his speed. 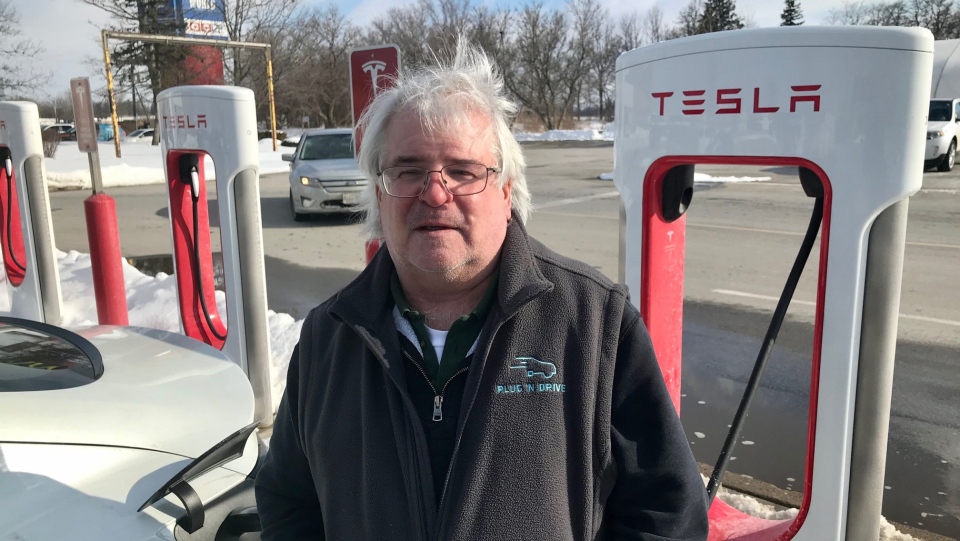 Still EV drivers, including Millar, would like to eliminate the famous hole on the map.

Visitors and an economic boost are just what the quiet village of Rodney needs.

Part of the Municipality of West Elgin it is located smack dab in the of the charging station void. It’s Mayor, Duncan McPhail, is pushing to have EV Charger stations placed here.

"We located right in the centre between London, Chatham and St. Thomas."

It’s good timing. Starting in April, McPhail says the Rodney’s main street will rebuilt at a cost of $6-million dollars. Part of the new project will be the 'juice' required for electric charging stations.

"Any progressive jurisdiction is going to be looking forward to the fact to electric vehicles are going to be more and more prevalent."

It hoped the investment will quickly attract a station investor.

"I would be willing to pay out of my own savings to have it. It’s that important."

McPhail says if an investor or charge station provider does not come forward, he’d strongly consider asking council to support going it alone.