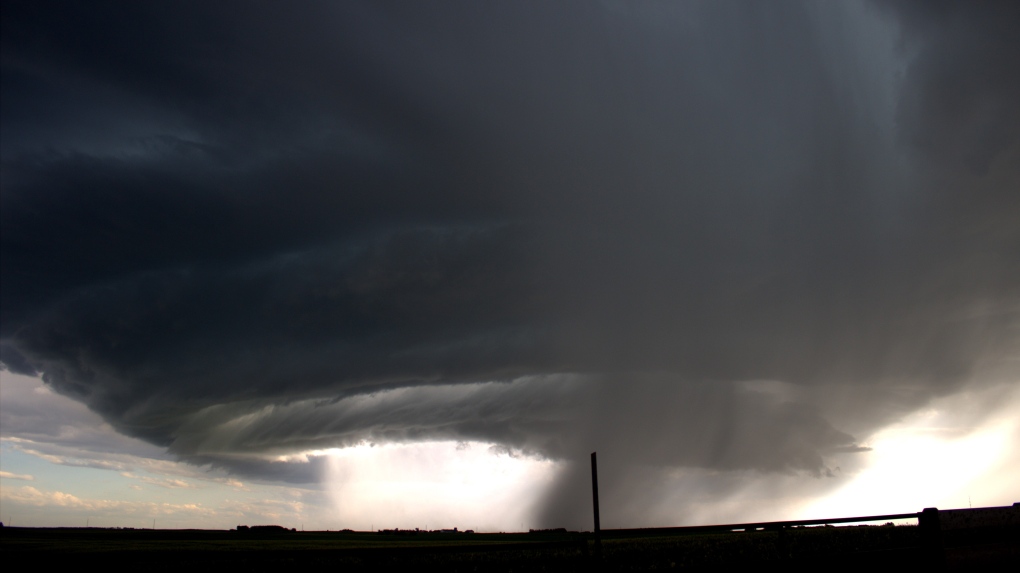 A supercell is seen over an area east of Calgary in a July 13, 2019, handout photo. As of Monday afternoon, there have been 18 tornadoes in the province according to Environment and Climate Change Canada. (THE CANADIAN PRESS/HO-Chris Kiernan)

LONDON, ONT. -- Environment Canada has confirmed that a twister touched down near Mitchell Monday afternoon.

The weather agency first issued the warning at 12:52 p.m. Monday.

At 1 p.m., the agency confirmed a tornado was roughly four km north of Mitchell and moving east at 25 km/h.

It is unclear if the tornado caused any significant damage in the area.