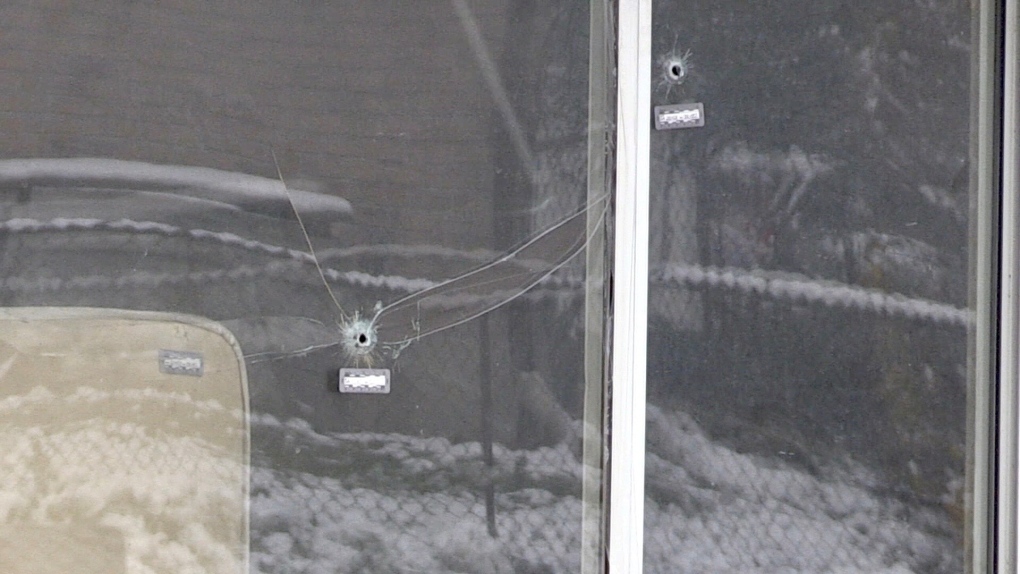 Bullet holes are visible in the side of a residence in London, Ont. on Wednesday, April 21, 2021. (Jim Knight / CTV News)

Officers responded to Vinewood Court, in the area of Cleveland Avenue, just before 2 a.m. after several 911 calls about gunshots.

Investigators determined firearm had been discharged, hitting a home on Vinewood Court.

Police found no one at home and there were no reported injuries.