Employee who was injured in Sarnia explosion has died 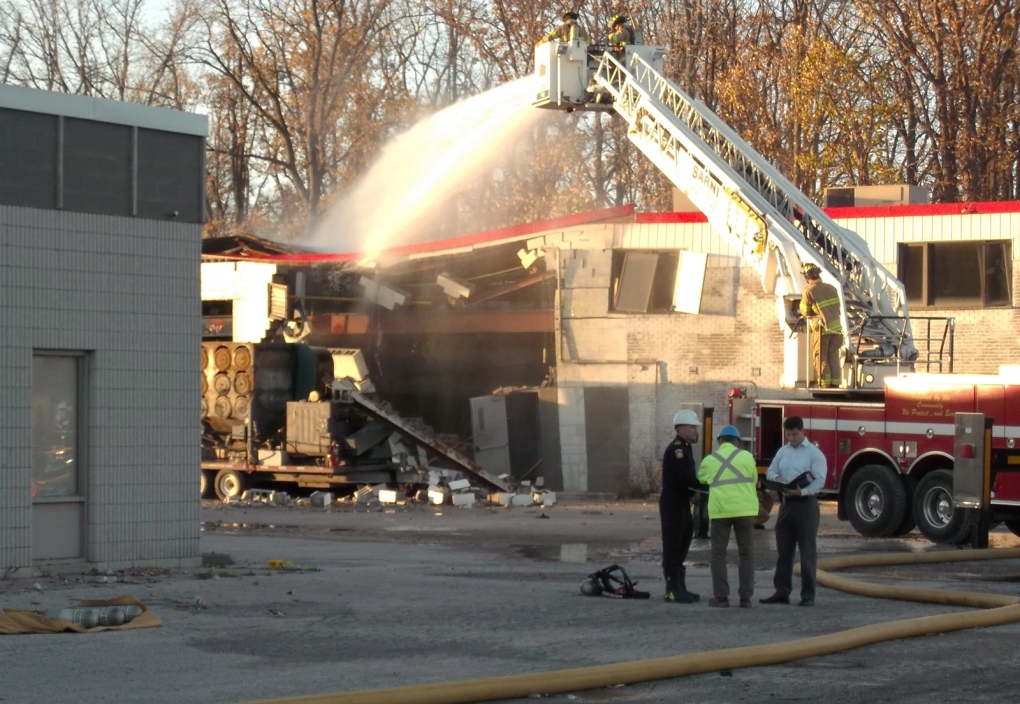 A man injured in an explosion at an industrial facility on Scott Road in Sarnia on Saturday has died.

Sarnia police say the worker at the Veolia Environmental Services Canada plant was airlifted to a London hospital with severe burns, and has since died of his injuries.

One of the injured remains in critical condition, while three suffered serious injuries.

A sixth worker suffered minor injuries. There were eight employees in the facility - which maintains tank cars - when the blast happened.

There are reports a dust collection system outside the building exploded, leaving a giant hole in a wall and causing significant structural damage.

Officials say no chemicals were released in the explosion.