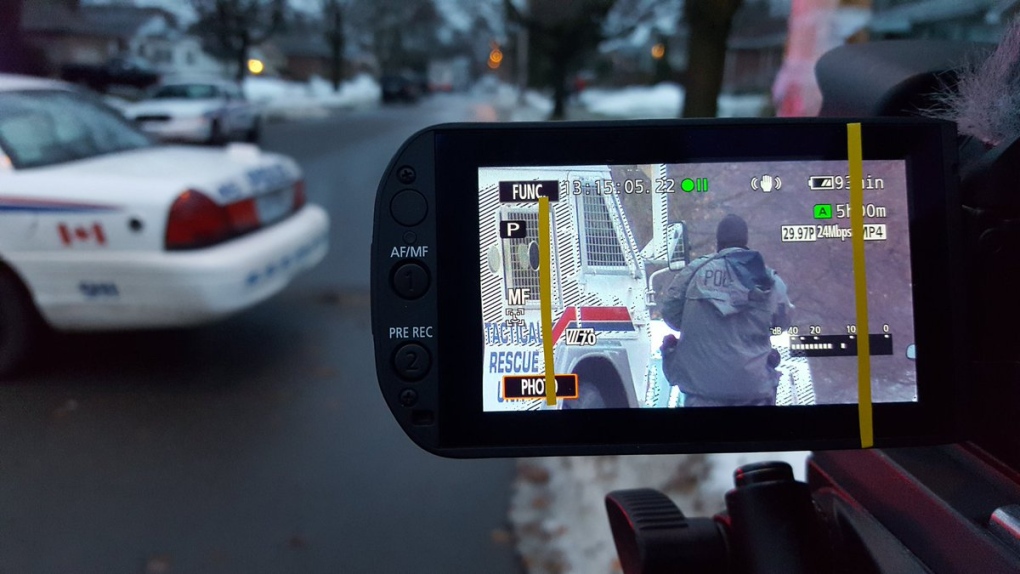 Residents in the area of Emerson Avenue had to wait longer than expected for a section of the road to open up while police conducted an investigation.

London police were holding the scene surrounding a home in the area following the arrests of six people possibly in relation to two bank robberies.

Residents were initially told the street would reopen sometime Thursday morning, however the investigation kept the area closed until early Friday morning.

Emerson was shut down between Shirl and Marion after police tracked to bank robbery suspects to the area Wednesday night.

The two male suspects were alleged to have been involved in armed robberies of two TD banks Wednesday evening.

Police were also led to an address on Emerson Avenue where another three men were arrested along with a woman.

Police have not released any details of potential charges.