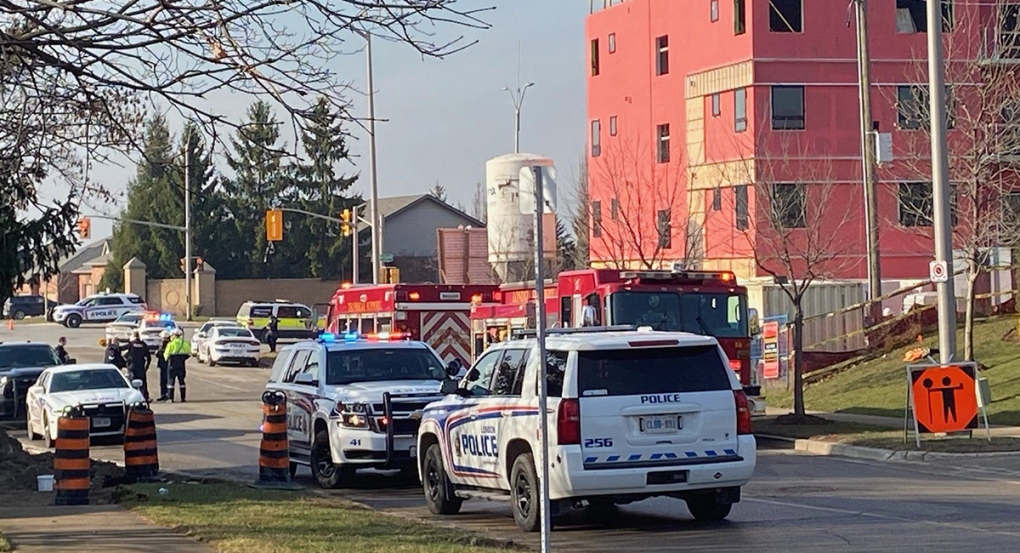 LONDON, ONT -- The City of London says that emergency crews are working to recover the body of a person who was trapped following the partial collapse of 555 Teeple Terrace on Friday.

A coordinated effort involving @lpsmediaoffice, @LdnOntFire, @MLPS911 and the City is under way to recover the body of the individual who remains trapped following the partial collapse of the building.https://t.co/ncDqrb4O6S#LdnOnt pic.twitter.com/wyyZXBOBqk

"Because of the instability of the structure at this time, efforts are proceeding with caution to ensure the safety of teams working on site,” says the statement.

The Heavy Urban Search and Rescue (HUSAR) team had been called in and was able to assist the London Fire Department and other responders in determining the structure was not stable enough to initiate a recovery process without the use of heavy equipment. As a result, they are no longer on site, says the statement.

London police say Teeple Terrace is closed both eastbound and westbound at Wonderland Road, and are asking the public to please avoid the area.

Six people were taken to hospital Friday after a wall partially collapsed at the construction site. One person died in hospital.

London police are currently in the process of closing Wonderland Road between Springbank Drive and Commissioners Road. Teeple Terrace is closed both eastbound and westbound at Wonderland Road. Please avoid the area. #TRAFFIC pic.twitter.com/1TKET26IHj