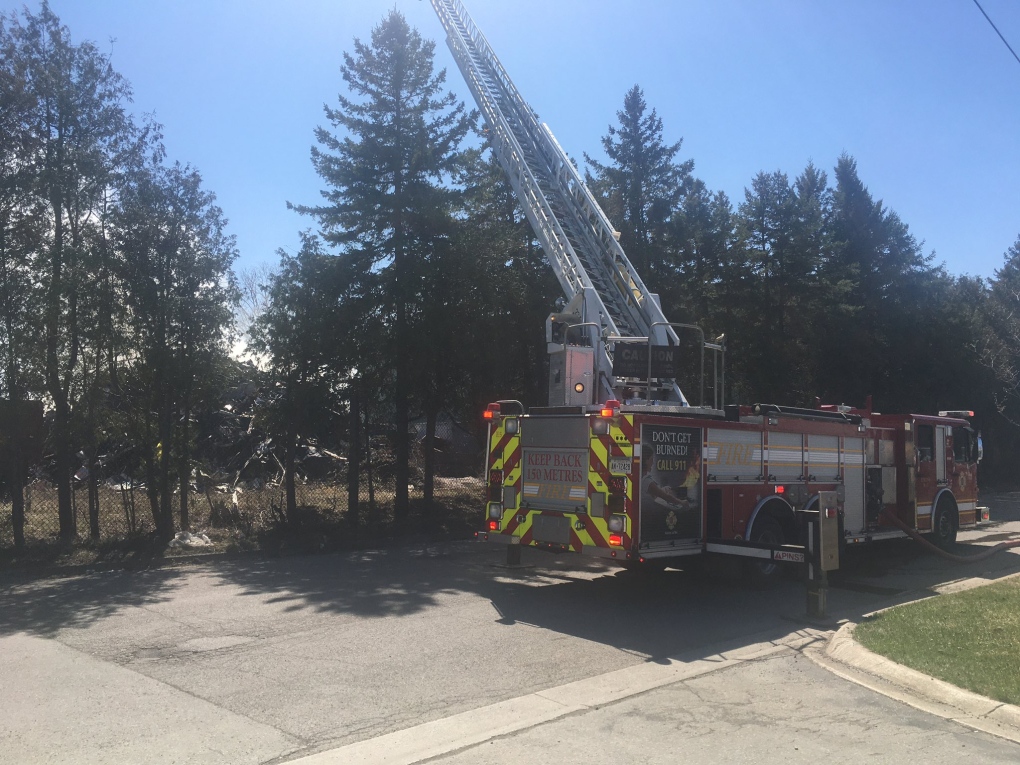 LONDON, ONT -- Emergency services are on scene of a structure fire at John Zubick Ltd, a recycling and scrap metal yard located at 105 Clarke Rd. in London, Ont.

An aerial truck was dumping water from above on the fire which was in one of the buildings on Friday afternoon.

"We have a large pile of recycled metals and electronics that are currently burning," says Platoon Chief Shawn Fitgerald of the London Fire Department.

London Police were asking members of the public to avoid this area due to heavy smoke, and the chemicals from the recycled materials.

"The exterior piles have been extinguished mostly," says Fitzgerald.

"We're dealing with large containers with electronic storage inside that are burning. Currently, we just have to pull them apart it's just a bit of a challenge getting into extinguish the fire".

The large black smoke could be seen across the city and fire now has the hazmat crews on scene monitoring air quality as a precaution.

"Thankfully the smoke clouds are moving in a south east direction away from residences away from businesses," says Fitzgerald.

Active incident: Fire crews on scene of a fire in storage containers at 105 Clarke Rd. Residents in the area are requested to avoid the smoke and keep windows closed. The smoke plume blowing to SE direction - away from any residential . 1/2 #ldnont pic.twitter.com/cbMGDhTd8Z

"Luckily most businesses are shut down today because of Easter holiday".

Fitzgerald was unsure what kind of electronics were burning.

Clarke Road was closed from Gore Road to Charterhouse Crescent for several hours.

Fitzgerald said the bulk of fire is knocked down and exterior piles are extinguished.

Ministry of Environment (MOA) will attend the scene and Clarke road has been reopened to traffic.